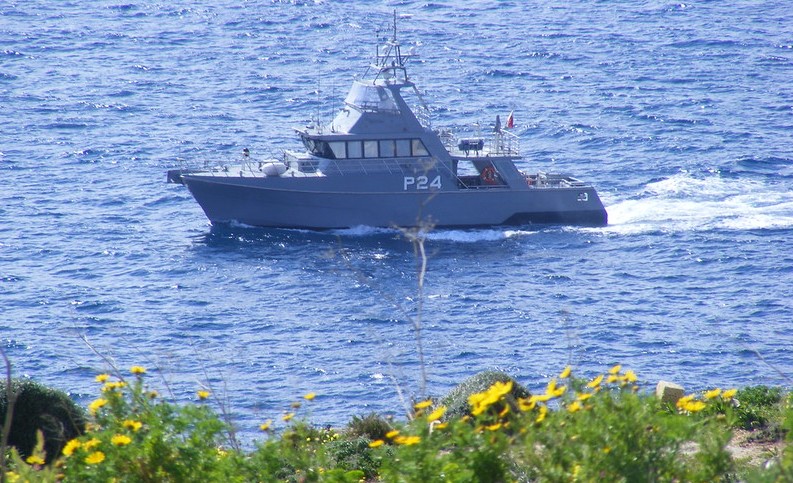 Watch the Med Alarm Phone, which runs a hotline for people in distress, released witness testimonies and video evidence suggesting that the Armed Forces of Malta (AFM) endangered the lives of 101 people in distress before facilitating their arrival in Italy. NGOs and UN agencies join those held at two tourist vessels off Malta in their call for immediate disembarkation.

A group of 101 people fleeing Libya had alerted Alarm Phone as they approached Malta on May 3 but the contact could not be maintained. Survivors now report that, AFM provided them with life vests but then prevented them from moving on to Malta and used threats to make them turn around and return to Libya. Several people went overboard and their lives were further endangered by a risky manoeuvre of an AFM vessel. According to the witnesses, the AFM eventually provided gas and an engine for the boat to make it to Italy, where they arrived after another night at sea and went through a 14-day quarantine.

NGOs have released a joint statement to support the hunger strike of rescued people held on a tourist vessel off Malta to demand their disembarkation. “These young men have been exposed to too much trauma, we fear their physical and mental well-being will deteriorate fast. Malta is responsible for their ongoing detention out at sea and for the conditions they are forced to endure.” They call upon the Government “to immediately put an end to this ill-treatment, to provide them with the medical and psychological care that they urgently need, and to let them in” and “urge the EU institutions to assist Malta in finding a solution to this terrible incident.” The UN agencies for refugees and migration, UNHCR and IOM, also issued a call stating: “It is unacceptable to leave people at sea longer than necessary, especially under difficult and unsuitable conditions.“

Times of Malta reports that  a third Captain Morgan ferry has been sent to replace one of the two vessels currently at sea with rescued people to provide more space for the 110 people on board. They were rescued after their dinghy drifted into Malta’s search and rescue (SAR) zone but were denied permission to disembark.

According to Alarm Phone, on Wednesday, a man who was on board of the Moby Zaza holding 120 people in quarantine off Porto Empedocle, Sicily, died after he jumped into the water to reach the coast.

A series of voice messages obtained by the Guardian have provided confirmation of the Maltese government’s strategy to use private vessels, acting at the behest of its armed forces. Moreover, relatives of two of the twelve people who died as the result of a push-back operation in April have filed a judicial protest against the Maltese prime minister, the home affairs minister and the armed forces commander about their failure to rescue them.

After a fishing vessel rescued a group of 70 people in the Maltese SAR zone close to the Italian island Lampedusa, Italy and Malta are engaged in a stand-off over where the group should be disembarked. The rescue was coordinated by the Maltese rescue and coordination centre and the vessel was directed to disembark at the “closest, safest port”, Lampedusa. Malta and Italy both closed their ports to disembarkations due to the COVID-19 emergency.

On Friday morning, Alarm Phone was contacted by 85 people in distress close to the Libyan coast and informed the relevant authorities. The NGO also reports that a merchant vessel MAREN seems to have rescued a boat with 60 people close to the Maltese SAR zone and is waiting for further instructions.