A Contingency Plan for Disembarkation and Relocation 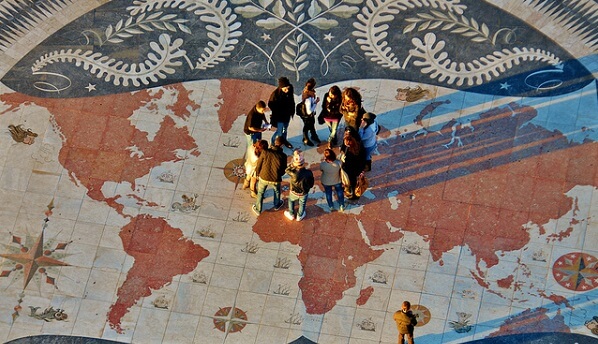 Following the latest incident of rescue ships stranded in the Mediterranean, this week’s Editorial takes the form of a presentation of ECRE’s Contingency Plan for Disembarkation and Relocation.

A Contingency Plan for Disembarkation and Relocation

ECRE relaunches its call for a European Contingency Plan on disembarkation and relocation. The plan should have two components:

In parallel, negotiations on the underlying causes of the crisis need to continue, namely on reform of EU asylum law and on finding common interpretations of the Law of the Sea provisions on responsibility for rescue ships.

The ship-by-ship approach is causing suffering, risk and reputational damage. People stranded on board ships prevented from landing are used as bargaining chips to extract concessions or for political reasons. In lieu of the resolution of the underlying causes of the crisis, a contingency plan is needed now and for the immediate future.

Before a plan is in place, the humanitarian imperative is to disembark first and argue later. And every Member State and other countries should offer to relocate people immediately to avoid what just happened in Malta. The point of a contingency plan, negotiated and agreed in advance, is to avoid the situation of negotiations and planning happening while people sit on a ship; when an incident occurs the plan should be invoked in order to immediately allow a ship to dock.

The European Commission should facilitate negotiations of the contingency plan. It has played a useful role in resolution of individual incidents but should aim for a plan for the immediate future, initially six months. Other EU institutions should allow it to lead the negotiation. If, however, the Commission is unable to play this role, then others should step in – current or future EU Presidencies or third parties. In particular, IOM and UNHCR could jointly facilitate negotiations, as they have been doing. Whoever facilitates need to act as an honest broker rather than using the negotiations to pursue their own agendas, and the narrow purpose has to be a contingency plan, not other more complex asylum questions.

The plan needs to be agreed by a coalition of the willing, a group of Member States who are willing to work together on disembarkation and relocation. It is impossible to reach an agreement across the 28 Member States and it is clear that even when agreements are reached, certain Member States no longer abide by their commitments – and they continue, in any case, to flagrantly violate EU asylum law so they cannot be considered reliable partners on asylum and migration issues. Since June, negotiations on this issue have taken place in smaller groupings of states and the plan needs the same approach; there is no point involving states that simply obstruct.

On the positive side, a critical mass of Member States pledge to accept rescued persons every time a stand-off develops. Their willingness to act should be formalised in a plan. There is no legal, political or practical reason to wait for a majority of Member States to agree to the plan. This is an emergency and a critical mass is constituted by the number it takes to make the mechanism work effectively.

Also, local politicians, notably mayors of port cities, have offered to allow ships to dock, and civil society has protested and mobilised in support of allowing disembarkation. A contingency plan could take advantage of this eagerness to assist, through formally associating and supporting involvement of different stake-holders in both disembarkation countries and relocations countries.

For the second component, relocation, the framework needs to be clear and predictable, and in line with current EU and international law. There are reports of disembarked persons being held in detention without grounds, being denied access to asylum, and of potential misapplication of accelerated procedures. All these issues can be addressed through setting out the framework for relocation, as a temporary measure, in the plan. EASO could be part of the mechanism (ECRE’s forthcoming policy paper covers the relocation piece in more detail.)

In some form or other, the rescue crisis in the Mediterranean has been taking place for twenty years. The short-term cause of its current iteration is the decision of the Italian government to close its ports in summer 2018.

The underlying causes include the unfairness of EU asylum rules and particularly the Dublin regulation which gives responsibility for asylum claims to the countries of first arrival, creating a disproportionate role for the coastal states that rescue people.

ECRE condemns the actions of governments that refuses to let rescue ships dock. However the underlying unfairness has to be addressed. For that reason, separately and in parallel to a contingency plan, the negotiations on the reform of the Common European Asylum System need to continue. However, in the absence of fundamental reform, a contingency plan is needed for now.

The second underlying cause is the disagreement on rules about which port a rescue ship should dock at, based on different interpretations of the Law of the Sea. In particular, there are long-standing, linked disagreements between Italy and Malta. In the long-term, these differences can only be resolved in the international fora that decide on the Law of the Sea.  These discussions should continue but in the meantime a contingency plan needs to be put in place that divides responsibility among EU coastal states on disembarkation.

Second, there was too much focus on disembarkation in North Africa, which was never going to happen. If EU countries agree a contingency plan among themselves they then have a basis for cooperation and inclusion of North African countries in appropriate roles. ECRE repeats its assessment that no country of North Africa is a place of safety so disembarkation should not be taking place. However, all coastal states have responsibilities to manage Search and Rescue and should also be developing asylum systems. The current approach of trying to palm off all responsibility on North Africa is seriously damaging cooperation with the countries of both North Africa and wider Africa, and on all migration issues.

A contingency plan could be designed to allow endorsement and commitments from cities and civil society organisations, including churches and faith-based organisations, and private sector. Informally, coalitions of these actors are responding every time a ship docks. If the EU wants to support a plan to get out of the crisis, emergency funding under the Asylum, Migration and Integration Fund could be made available for the implementing parties, including states and supporting stakeholders.

Supplementary questions might be: Is there any short-term alternative or any reason to delay further? The answer to both questions is no.