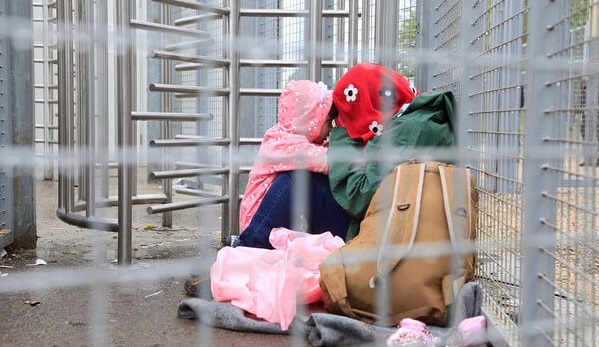 On 23 April 2020, Advocate General Pikamäe delivered his opinion in the joined cases C-924/19 and C-925/19 declaring the detention of the applicants in the Röszke transit zone unlawful.

The applicants – a married couple from Afghanistan and an Iranian national and his minor son, who arrived in Hungary after crossing the Serbian border, referred a number of questions to the Court of justice of the European Union (CJEU), and sought a declaration that Hungary should have resumed the procedure to examine their applications for international protection.

Upon arrival, the Hungarian authorities designated the Röszke transit zone as the applicants’ place of accommodation. Their applications for international protection were rejected as inadmissible by the Hungarian authorities on the grounds that applications submitted by persons arriving through a ‘safe transit country’ are to be rejected without an examination of their merits. Following Serbia’s refusal to readmit the applicants, Hungary ordered their removal.

The Advocate General (AG) first addressed the question concerning the right to an effective remedy. He noted, inter alia, that Article 13 Directive 2008/115 read in light of Article 47 of the Charter must be interpreted as imposing on Member States the obligation to provide a remedy against a return decision before a judicial body. Addressing the first question, concerning the ground of inadmissibility of a safe transit country, AG Pikamäe considered, in light of the Court’s previous rulings, that Directive 2013/32 must be interpreted as precluding Hungarian legislation which provides for a ‘safe transit country’ ground for inadmissibility.

On question three, the AG examined whether the accommodation of the applicants in the transit zone amounted to detention within the scope of Article 2 Directive 2013/33 in conjunction with Article 6 and 52 of the Charter. Despite the recent ruling of the European Court of Human Rights in Ilias and Ahmed, where it was held that the accommodation of applicants of international protection in the Röszke transit zone did not amount to a deprivation of liberty, AG Pikamäe observed that the Court may interpret issues independently of the ECtHR when EU law provides a higher level of protection. He noted, inter alia, that the applicants’ situation of isolation together with the severely restricted possibility to voluntarily leave the transit zone constituted detention within the meaning of Article 2 Directive 2013/33. The AG opined that the detention of the applicants in the Röszke transit zone, which was not based on a formally adopted detention decision outlining the factual and legal grounds on which it was based, and was not proceeded by an individual examination as to the possible implementation of solutions, must be classified as unlawful.

Based on an unofficial translation by the ECRE Legal team.