Crossing a Red Line: How EU Countries Undermine the Right to Liberty by Expanding the Use of Detention of Asylum Seekers upon Entry 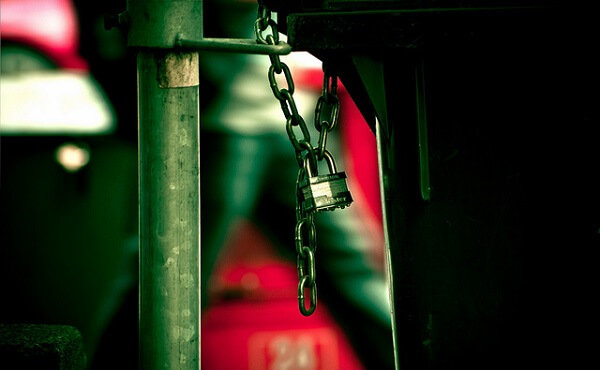 This week the Hungarian Helsinki Committee, in conjunction with ECRE and a number of European project partners,  launched their report “Crossing a Red Line: How EU Countries Undermine the Right to Liberty by Expanding the Use of Detention of Asylum Seekers upon Entry.” By examining four case studies; Bulgaria, Greece, Hungary and Italy, this research explores how asylum seekers’ rights to liberty are undermined upon entry, with a specific focus on de facto detention.

“Crossing a Red Line” explains that while there has been a significant decrease in asylum applications in Bulgaria, Hungary and Italy, the use of detention upon entry has been increasing since 2015 and continues to do so. Practises of de facto detention- which indicates the deprivation of an individual’s liberty without the requirement of a detention order- are widespread and specific to country context. Hot spots, transit zones, pre- removal centres, border zones at which migrants have been ‘pushed- back’ and boats- including search and rescue vessels- have all become spaces in which people can be detained. In other cases “protective detention” results in unaccompanied children having their freedom of movement restricted.

With no procedural guarantees and no opportunity to seek judicial review, the only possibility for release from de facto detention is to leave to another country.

The Hungarian Helsinki Committee argue that the increasing trend of using of detention measures for asylum seekers upon entry “is motivated by a range of different practical, political, and legal considerations”. In some cases it has been advocated as a mechanism to deal with unprecedented pressure on processing systems, in others it has become an important means to gain political support for governments that frames migration as a security issue. In the case of Greece and Italy, the increased rate of detention of asylum seekers at the border has also been the product of EU- level policy, namely the need to meet the requirements of the EU-Turkey statement and Dublin system.

The report further questions these motivations; “Why do Member States prefer to use de facto detention despite the existence of a dedicated legal framework? Is it for the purpose of administrative convenience? In order to avoid procedural safeguards? In order to satisfy public appeal and communication needs?

The report states that there is no evidence that the use of detention reduces the rate of arrivals to the countries in question, rather it serves as a deterrent only so far as pressure is moved from one entry point to the next. In the example of Hungary, the traumatic experience of being detained in ‘transit zones’ contributes to the fact that beneficiaries of international protection frequently leave the country within a few days of their release, to apply for asylum again in another EU country. The use of de facto detention therefore contributes to secondary movements across Europe and is inevitably is counter- productive to refugee integration.