Hungary: Constitutional Court fails to give sufficient protection to people and organisations working to protect the rights of asylum seekers 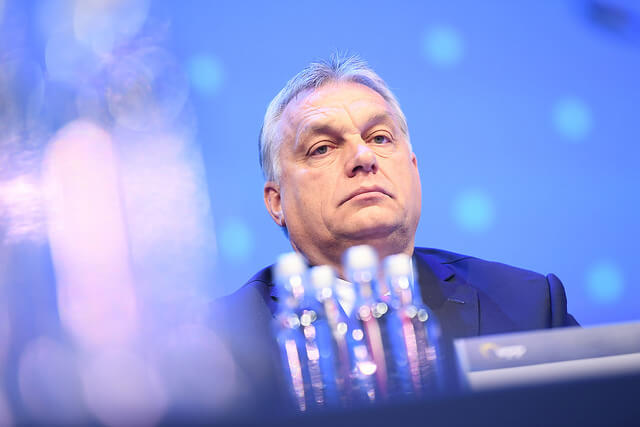 On March 5 the Constitutional Court of Hungary ruled on a complaint from Amnesty International Hungary, the Hungarian Helsinki Committee and the Open Society Foundations on the constitutionality of the so called ‘Stop Soros’ package. According to the Hungarian Helsinki Committee the ruling falls short of providing sufficient protection to individuals and organisations offering assistance to asylum seekers and disregards fundamental principles of the Venice Commission of the Council of Europe’s opinion as well as EU and domestic legal norms.

In June 2018 the Venice Commission of the Council of Europe recommended the Hungarian amendments to the Criminal Code dubbed ‘Stop Soros’ should be repealed as: “the Hungarian provision goes far beyond what is allowed under Article 11 (freedom of assembly) of the European Convention on Human Rights (ECHR), as it unfairly criminalises organisational activities not directly related to the materialisation of illegal migration.” And in July the European Commission launched an infringement procedures for non-compliance of its asylum and return legislation with EU law.

According to the Hungarian Helsinki Committee: “Although the CC (Constitutional Court) concluded that it would be unacceptable if those who selflessly assist asylum seekers were penalised, it is still not sufficiently clear what is allowed and what is forbidden by the law. This lack of foreseeability does not prevent the authorities from taking arbitrary action against people and organisations that provide assistance to asylum seekers.”

The ruling comes amid increasing tension between Hungary and the EU with the conservative European People’s Party (EPP) bloc laying out an ultimatum for Hungarian Prime Minister Viktor Orban’s Fidesz party that will be suspended from the group unless three demands are met: An immediate and permanent end to his government’s campaign against Brussels, an apology to EPP members, and allowing the Central European University (CEU) to remain in the Hungarian capital of Budapest.

A recent culmination of the Hungarian government campaign against the European Union came with posters featuring President of the European Commission Jean-Claude Juncker and Hungarian-American investor and philanthropist George Soros – well-known and often targeted by the far-right for his defense of human rights and liberal views on migration – with a text stating: “You too have a right to know what Brussels is preparing!”

While the Hungarian government has been consistently clashing with the EU on migration, rule of law and freedom of speech, the Hungarian population is overwhelmingly in favor of the EU membership – a record 85 per cent according to a recent poll.