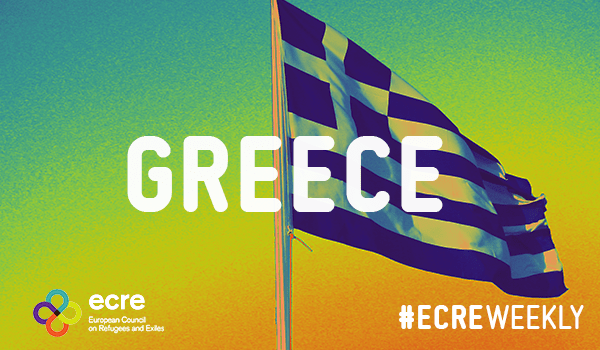 More than 12,500 people were left homeless after a fire ravaged the notorious Moria camp on Lesvos with people sleeping rough without protection and support, prevented by police from accessing the main town of Mytilene. The European Commission calls for the relocation of all former residents of Moria out of Lesvos and international actors as well as local NGO’s are calling for structural solutions from Greece and Europe.

Thousands of people fleeing the fires destroying the Moria camp, including families with young children, have been forced to sleep rough in parking lots, fields and road sides, many without even the most basic supplies such as water, food and milk for their babies. Police reinforcements have been brought in to prevent access for the former population of Moria to the island capital of Mytilene.

Tensions and violence have increased on Lesvos and during the night of 10 September angry mobs of local residents gathered to prevent access to the village of Moria for anyone associated with refugees. Teams from Médecins Sans Frontières (MSF) seeking to assist people remaining inside the destroyed Moria camp were blocked from entering. Prior to the fire the organisation was among many NGOs to warn of the dire consequences of placing the camp under “mass quarantine” imprisoning residents “in their hellish conditions as a way of pretending to protect the island from the spread of the virus”. The UN Refugee Agency UNHCR stated on 9 September: “We have been informed about reports of tensions between people in neighbouring villages and asylum seekers who were trying to reach Mytilene’s town. We urge all to exercise restraint and ask all those who were previously staying at the RIC, which was under quarantine as some 35 people had tested positive with COVID-19, to restrict their movements and stay near RIC, as a temporary solution is being found to shelter them”.

400 children and teenagers have been evacuated to the mainland with Greek authorities announcing that only unaccompanied children will be allowed to leave Lesvos and that they are sending a ferry and naval vessels to provide shelter for 2000 people. However, according to governor of the Northern Aegean, Costas Moutzouris authorities have no structured plan of action: “There is no decision. It’s up in the air,” he told Reuters.

At a meeting with the Committee on Civil Liberties, Justice and Home Affairs (LIBE), European Commissioner for Migration and Home Affairs, Ylva Johansson, expressed the need to relocate all former inhabitants of the Moria camp out of Lesvos. She further stressed that the European Commission will not fund closed camps. Council of Europe Commissioner for Human Rights, Dunja Mijatović, put out a statement warning of a return to the current approach: “Accommodating asylum seekers and migrants on ships or in other emergency shelters pending the refurbishment of Moria, and then simply continuing with business as usual cannot be the solution,“ and further pointed to the need for structural solutions: “Greece and its partners must finally fix the structural problems of a migratory policy that has caused so much unnecessary human suffering. The more they wait to do so, the more likely it is that further tragedies will unfold”. Refugee Support Aegean and ECRE member PRO ASYL call for a concerted European emergency plan, immediate evacuation, and the relocation of the refugees to European countries, also stating: “The tragedy of Moria is neither new nor inevitable. Refugee Support Aegean (RSA) and PRO ASYL have consistently documented the abhorrent, dehumanising and unsafe conditions facing refugees on Lesvos for years, as a direct result of national and EU policies based on containment on the islands in implementation of the toxic EU-Turkey deal. Responsibility-sharing through relocation at EU level has been set up but remains far below actual needs, with only 533 persons relocated to other European countries in 2020”.

Reportedly German Chancellor Angela Merkel and French President Emmanuel Macron have reached an agreement for 400 unaccompanied minors to be moved to undefined other parts of the EU. The Dutch government has agreed to accept 100 people in total of which 50 under the age of 14. The number will be deducted from the current UN resettlement quota of 500 a year which also counts for potentially reunited family members. Hence, the Netherlands will actually take in less people under this arrangement.