Greece: No Accountability for Deadly Shooting, Continued Push-backs and Evictions, Critique of Crack-down on NGOs, German States Willing to Relocate 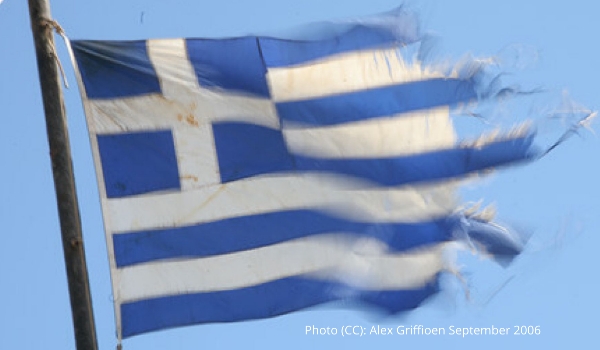 The European Commission has accepted the Greek denial of responsibility for a deadly shooting on the border with Turkey on March 4. A new report adds to the mounting evidence of collective expulsions also referred to as push-backs to Turkey. Médecins Sans Frontières (MSF) warn of the consequences of the ongoing evictions from supported accommodation leaving seriously mentally and physically vulnerable people in destitution. The Expert Council on NGO Law at the Council of Europe raises severe critique of the Greek rules on registration NGOs working to in the area of asylum and migration. German federal states are willing to take in at least 2100 refugees from Greek islands under the federal relocation programme.

In her response to MEP and member of the Committee on Civil Liberties, Justice and Home Affairs (LIBE) Tineke Strik on the deadly shooting at the Greek Turkish border, President of the Commission Ursula von der Leyen, despite forensic evidence to the contrary accepted denial of responsibility by the Greek government. Tineke Strik commented: “The Commission shouldn’t defend governments but hold those responsible accountable”.

Confirming that collective expulsions from Greece to Turkey written off as ‘fake news’ by Greek authorities is a well-established procedure, the Legal Centre Lesvos documents the increased  use of inflatable life rafts “in a new type of dystopic expulsion”. Based on interviews with 30 survivors the centre concludes: “These collective expulsions, happening in the Aegean region, are not isolated events” but “part of a widespread and systematic practice, with a clear modus operandi implemented across various locations in the Aegean Sea and on the Eastern Aegean islands”.

The number of residents in the Moria camp has dropped from 19,000 in March to 15,000. This decrease follows a significant drop in arrivals to the Aegean islands plunging to zero between July 6 and 12, and the Greek government transferring thousands of people from overcrowded island camps to the mainland, with more than 2000 transferred in June alone. However, the reduced deadline introduced by the Greek government to leave reception facilities from six months to just 30 days  and the closure of hospitality facilities is creating a new problem. MSF reports on the consequences of the ongoing evictions of more than 11,000 people describing people with serious medical conditions being abandoned and women in the last stages of prenancy sleeping rough in Victoria Square in Athens:  “In the middle of a global pandemic, governments should be protecting and shielding people at high risk of COVID-19, not throwing them out onto the streets and leaving them without protection, shelter or access to basic healthcare”.

In its recent opinion of the new Greek rules on registration of civil society organisations in the area of asylum and migration, the Expert Council on NGO Law at the Council confirms critique raised by the organisations affected. The Council states: “the provisions are vague and overly broad, failing to satisfy the requirements for legal certainty and are prone to being applied arbitrarily. The requirements for registration appear to be designed to restrict entire classes of NGOs from being able to operate in the domains of asylum, migration, and social integration, thus failing to satisfy the requirements of proportionality”.

German federal states are willing to take in at least 2100 refugees from Greek islands under the federal relocation programme according to the German government. Federal states Berlin and Thuringia also requested permission from the German Ministry of the Interior for their own relocation programmes for a total of 800 people. However, Berlin has reportedly been denied the request several times.