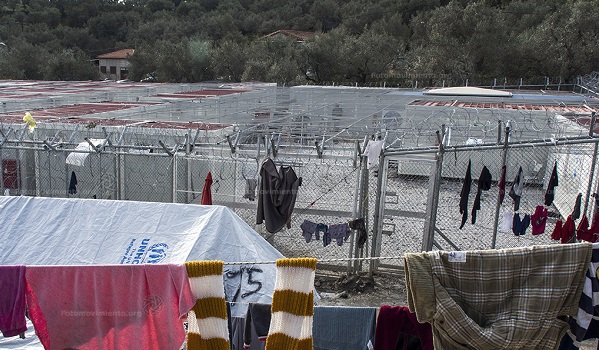 The German federal state of Thuringia has agreed to receive 500 vulnerable people from Greek island camps. The UN Refugee Agency (UNHCR) express concern about the consequences of the reduced timelimit on reception exposing 20,000 people to potential poverty and homelessness. 90 MEPs urges the Greek government to release hundreds of children from detention. Several new violent push-backs by sea have been reported.

The ruling red-green coalition of the federal state Thuringian has agreed to an admission programme for 500 vulnerable people from the Greek islands by the end of 2022. The implementation of the agreement depends on approval of the federal government and budget approval from the opposition in the state parliament.

An amendment to the controversial International Protection Act (IPA) reduces the deadline to leave reception facilities from six months to just 30 days. The government began expelling 9000 people from the reception system from 1 June with more than 11,000 to follow in the coming months. UNHCR states: “Forcing people to leave their accommodation without a safety net and measures to ensure their self-reliance may push many into poverty and homelessness…The ongoing COVID-19 pandemic and measures to reduce its spread create additional challenges by limiting people’s ability to move and find work or accommodation.”

The new wave of expulsions adds to a substantial caseload of people returned from other European countries and left without any prospect of support or housing. Refugee Support Aegean (RSA) and ECRE member Pro Asyl have submitted a third party intervention before the European Court of Human Rights on violation of Article 3 of the European Convention on Human Rights (ECHR) in a case of a Syrian family who returned in 2017.

In a letter addressed to Greek prime minister, Kyriakos Mitsotakis, more than 90 MEPs from four different political groups urge the release of 276 children from police stations and other facilities due to concern that the practise of extending detention beyond the legal 25-day limit: “exposes children to unsanitary and degrading conditions, detention with unrelated adults and risk of abuse”.

Following local protests in Malakasa east of Athens, the Greek Migration Minister Notis Mitarakis stated that a new migrant camp in the area will be the first of its kind on the mainland with tight monitoring of people entering and exiting. The minister further noted that people not entitled to stay in the camp will be deported. The new camp is supplementing an open facility that is currently in operation hosting 1800 people and the new camp will host 1200 people from the Greek islands.

Over the past days the NGO Alarm Phone has reported several incidents of violence and push-backs by sea conducted by the Greek coastguard. The incidents involved refusal to rescue at least four boats in distress, attacks, sabotage and push-backs to Turkey of at least two boats each carrying 30-40 people including children in need of medical assitance. German MEP Dietmar Köster states that confronted with questions on systematic violations and push-backs by Greece during a meeting of the Interior Committee Working Group, Frontex Director Fabrice Leggeri “confirmed such cases and said he pointed them out to the Greek authorities, which are denying the events”.