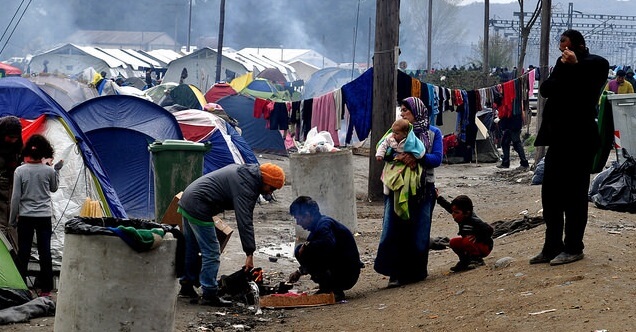 UN Special Rapportour urges immediate action from the Greek authorities to stop violence, abuse and pushbacks at the Greek Turkish border. The Greek Parliament ratified on March 26, the controversial emergency decree suspending asylum procedures. The Committee on Civil Liberties, Justice and Home Affairs (LIBE) of the European Parliament calls for the evacuation of 42,000 people from the Greek islands due to COVID-19.

Special Rapporteur on the human rights of migrants Felipe González Morales, expressed concern: “about the reported pushbacks of asylum seekers and migrants, which constitutes a violation of the prohibition of collective expulsions and the principle of non-refoulement.” Morales was also alarmed by reports of assaults and violence against asylum seekers from Greek security officers and unidentified armed men and hostility and violence against humanitarian workers, human rights defenders and journalists in the country. When Greece suspended asylum procedures on 1 March the Rapporteur urged for a change of the decision and stated  that it had: “no legal basis in international human rights law”. ECRE member, Greek Council for Refugees applied on March 23 before the Council of State for the annulment of the act suspending asylum applications and urged the President of the Democracy to recall the act and the Greek Parliament not to ratify it.

The Greek Parliament however, voted on March 26 to approve the suspension of access to asylum procedures for everyone arriving between 1 March and 31 March with the possibility of extending the period. Commenting on the vote Raphael Shilhav Oxfam’s EU migration policy advisor stated: “This is a clear-cut violation of EU law and the UN convention on refugees. If Greece does not revert its course and fully restores the rule of law, the European Commission must urgently take action against Greece over this severe breach of fundamental rights.” People arriving to Greece are facing detention and deportation. 2,500 people have been blocked from seeking asylum since the suspension was introduced by government decree on March 1.

According to the Guardian European Parliament Committee on Civil Liberties, Justice and Home Affairs (LIBE) has called for the evacuation of 42,000 people on the Greek islands as “an urgent preventive” measure to avoid deaths due to COVID-19. The same message has gone out from civil society organisations and activists across Europe.

Home Affairs Commissioner Ylva Johansson said Athens had opposed moving the migrants to the Greek mainland, citing the absence of coronavirus cases in the camps while the disease is spreading elsewhere in Greece. The Commissioner suggested that elderly, sick and others at high risk of infection could be moved to other areas on the Greek islands.