Weekly Editorial: EU is Crossing the Red Line by Preventing Refugees from Crossing its Borders 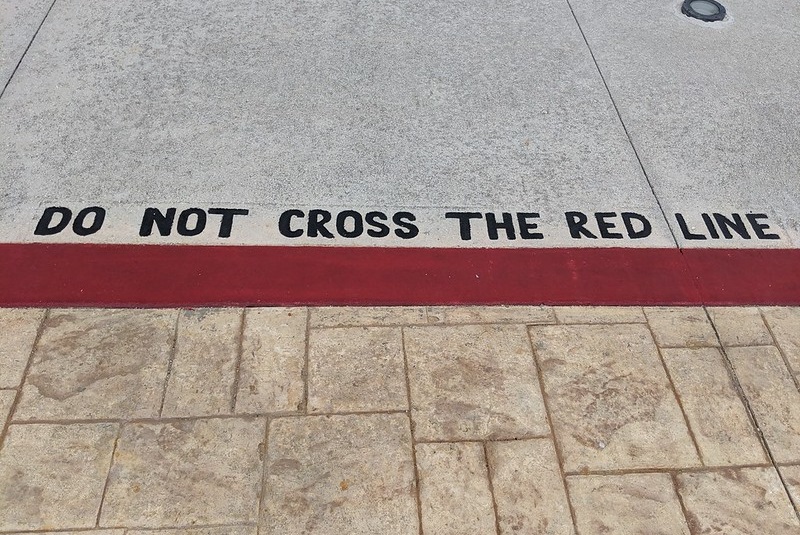 All week alarming news has circulated of the situation at the EU-Turkey border. ECRE called on Europe to stay calm and stay human, using the positive alternatives at its disposal. A Joint Statement from organisations in Greece published below denounces the responses of the Greek government and calls for EU action. Across Europe people mobilised in solidarity with refugees and against heavy-handed and illegal tactics. Civil society is quite united in its expression of immediate concerns, opposition to the long-term strategy and support for the positive alternatives that should be under discussion.

Aspects of the immediate response appear to contravene EU and international law, including the use of violence to prevent people entering at the land and sea borders and the suspension of the right to asylum and summary returns in emergency measures enacted by the Greek government. In addition, there are reports of detention, arrests and even criminal prosecution of people who cross the border. Legal challenges are under exploration.

While the UN Refugee Agency UNHCR has denounced the Greek authorities’ actions, the EU institutions reached a new low by not only showing support for Greece’s actions but even seeking to find a legal basis for it (not yet achieved). The EU reinforced the military approach, with the use of dubious expressions and images, and the deployment of military capabilities via Frontex.

The arrival of people seeking protection should hardly be a surprise – experts have warned for months about the likely consequences of the latest violence in Syria and particularly the events in and around Idlib. The risk of outsourcing protection and relying on Turkey, instead of finding collective European responses and fixing European asylum systems, has never been more obvious. Instead of finding a sustainable alternative to the EU-Turkey deal, which was supposed to be a temporary and exceptional measure (and which ECRE and many others condemned in any case), the EU has spent the last few years not reaching agreement on reforms that were not needed and didn’t address key challenges.

Despite the despicable use of refugees as pawns to extract concessions from Europe, ECRE always notes that Turkey is hosting 3.6 million Syrian refugees (along with over 400,000 refugees and displaced persons of other origins), more than any other country in the world. Wider European solidarity and cooperation with Turkey is necessary, rather than engaging in an inflammatory rhetorical conflict over Twitter. The Fortress Europe approach is putting people at greater risk in Turkey.

The positive alternatives are there, with some European politicians in the European Parliament and in Member States speaking out and promoting them. ECRE argues for European countries to mount a collective emergency response, providing humanitarian assistance, decent reception conditions, and access to asylum for people arriving. This should be via a coalition of the countries willing to work together; there is no need to wait for those unwilling to assist. EASO operations can also be expanded as they are effective when used to increase asylum capacity, for instances at the registration stage.

Emergency legal provisions that allow for a humane collective response are available and should be invoked, including the Temporary Protection Directive, the relevant provisions of the Dublin Regulation, and humanitarian programming. Relocation of people is an essential solidarity measure, as civil society has repeatedly argued, but should happen within EU legal frameworks, and when the countries themselves abide by EU and international law. Suspending transfers back to Greece under the Dublin Regulation would also demonstrate solidarity and free up resources for Greece and other Member States.

All emergency measures taken at EU-level, including through potential invocation of Article 78(3) TFEU, should be based on managing arrivals through sharing responsibility and allowing rapid access to asylum and protection for all people on the move.

Over 12 million people have been displaced by repression and violence in Syria and many more millions have been displaced by other conflicts and persecution. A small percentage of these people arrive in Europe, currently some tens of thousands at the border between Greece and Turkey. It is shameful that European policy-makers from Athens to Brussels refuse to deal with this in a proportionate manner, using the legal and financial measures at their disposal, instead of disregarding the standards they have themselves put in place and treating people inaccurately as a security threat, within an inhumane approach that exacerbates security risks in multiple ways.