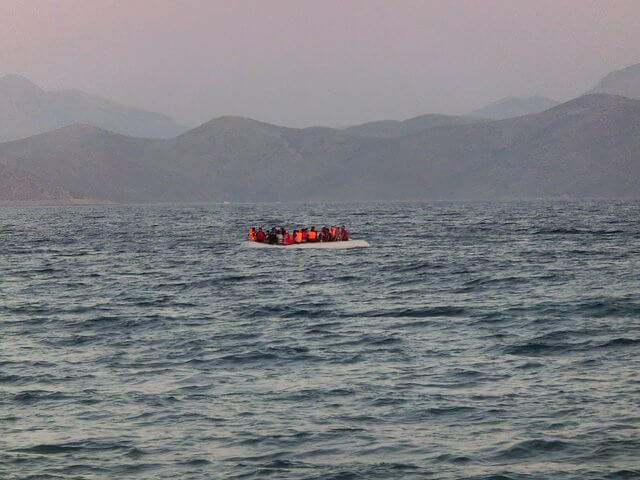 In four operations, NGO ships rescued nearly 300 people fleeing Libya this week. Amid deepened cooperation between EU member states and the so-called Libyan coastguard (LCG), an NGO spokesperson denounces the situation in the Central Mediterranean as “worse as it has ever been”.

On Thursday, the humanitarian vessel Open Arms rescued 73 people from a boat in distress off Libya’s coast. Open Arms was alerted by Alarm Phone, which runs a hotline for people in distress at the Mediterranean. According to the crew those rescued, including a 3-year-old, a 4-year-old, and 24 unaccompanied children, fled Libya and were suffering from gunshot wounds, traumatic shock and serious hypothermia.

In the course of this week, the rescue vessel Ocean Viking, operated jointly by SOS MEDITERRANEE and Doctors Without Borders (MSF), rescued a total of 215 people in three separate operations off the coast of Libya after being alerted by Alarm Phone. During the first rescue on Tuesday a boat of the LCG approached the Ocean Viking following the successful operation, ordering it to alter its course.

“The situation in the Central Mediterranean, from my experience, is as worse as it has ever been over the last couple of years. There is no coordination in the area. There seems to be a complete disregard for potential loss of life regarding people fleeing Libya by boat”, Nicholas Romaniuk, SOS MEDITERRANEE SAR Coordinator commented.

Last week, Maltese press revealed information about a secret agreement between Malta and Libya under which the Armed Forces of Malta coordinate with the LCG to have them intercept people headed towards the island and return them to Libya. While a government spokesperson said that Malta always acts in accordance with applicable international laws and conventions, there is evidence that the LCG in several instances entered Maltese waters to pull-back boats with refugees and return them to Libya after coordination with Maltese authorities. In other instances, an Alarm Phone report states that Maltese authorities “repeatedly delayed” rescues exposing people in distress to unnecessary, life-endangering risks. The Maltese agreement comes on top of the continued training and logistical support of the Libyan coastguard despite knowledge of the conditions people face upon being returned to Libya.

Due to its geographic location Malta takes in a disproportionally high amount of people fleeing across the Mediterranean and is struggling to provide sufficient and adequate reception facilities. Those rescued also face serious delays in relocations to other EU member states, such as Germany, which pledged to take them in.

Missing Migrants has recorded 1086 deaths of people trying to reach Europe via the Mediterranean in 2019.