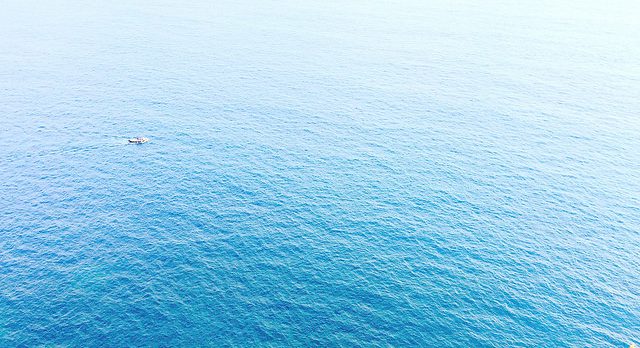 At least 40 people drown amid further rescues and stand-offs on the Med. A month before the mandate of operation Sophia is up for renewal UNHCR calls for an EU member state-led SAR mission.

On Wednesday, 28 August, 40 people are estimated to have drowned off the Libyan coast. The UN refugee agency, UNHCR, provided humanitarian assistance to 60 survivors brought to shore by the Libyan Coast Guard in Al-Khoms. The NGO Alarm Phone had received a call by a boat in distress off the coast of Libya with up to 100 people on board and immediately informed Italian and Libyan authorities.

Wednesday morning, the Italian humanitarian ship “Mare Jonio”, operated by the NGO Mediterranea Saving Humans rescued around 100 people. After a ship of the Italian coast guard transferred vulnerable people and those in critical conditions to the port of Lampedusa 34 people remain on the vessel. With deteriorating hygienic conditions and lack of clean water on-board, Mediterranea demands permission to enter the port on grounds of emergency.

Meanwhile, both Malta and Italy refused entry to the rescue vessel “Eleonore”. The ship operated by the German NGO Lifeline rescued 102 people off the Libyan coast on Monday. For sleeping, each person has less than one square meter. The NGO called upon its flag state Germany and EU authorities to provide a solution for disembarkation.

Last week, both the rescue vessels Open Arms and Ocean Viking were allowed to disembark rescued people in Malta and Italy, after many days blocked at sea. An Italian prosecutor ordered the entry of the Spanish vessel in the port of Lampedusa due to “tensions on board” and Malta allowed the Ocean Viking to disembark after six EU Member States agreed to relocate the 356 migrants outside of its territory.

In light of the latest deaths and disembarkation standoffs, UNHCR called for renewed efforts to reduce the loss of life at sea, including a return of EU State search and rescue vessels and a lifting of restrictions on efforts by volunteers to reduce deaths at sea.

At the end of September, the mandate of EUNAVFOR MED Operation Sophia is up for renewal. Before the withdrawal of its naval ships in March 2019, the military operation, whose core mission is to disrupt migrant smugglers and human traffickers in the Mediterranea, rescued an estimate of 50 000 lives since 2015.

Missing Migrants recorded that at least 859 people died trying to cross the Med in 2019 while the number of unreported cases is likely to be much higher.