Malta in the ‘Imperfect Storm’: Illegal Detention, Crack Down on Protests, Abuse and Overcrowding in Centres 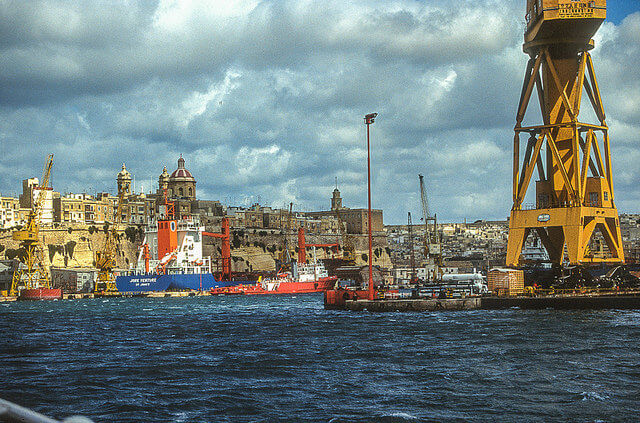 A Maltese Court recently ruled the detention of six people in the Safi detention camp beyond the formal limit of ten weeks on health grounds, illegal. On October 29 Maltese riot police rounded up detainees of the same facility for questioning following protests. Protests turned violent last week in the Ħal Far centre that is severely overcrowded.

In two separate case rulings came out in favor of all six asylum seekers, legally assisted by Aditus Foundation and the Jesuit Refugee Service. The six were detained for more than ten weeks on the basis of “reasonable grounds” to believe they carried contagious disease and as a result required medical screening. The court declared the ongoing deprivation of personal liberty unlawful and ordered their immediate release.

“The six judgements tell Government that the current detention regime has no legal basis and is therefore contrary to law. It is clear that Malta has been relying on health grounds as a detention basis when the reality is another one. Due to a stubborn refusal to invest in increasing Malta’s reception capacity to deal with the arrivals by sea, the system is at breaking point. Whilst we appreciate Malta’s limitations, we nonetheless insist that violating people’s fundamental human rights can never be part of the solution,” said the Director of Aditus Foundation, Dr. Neil Falzon.

Protests from other detainees at the Safi detention centre, stating that they are not criminals and demanding the EU to safeguard their rights, ended up in confrontation with service staff. Riot police arriving with shields and batons reportedly handcuffed and took detainees away in a police van.

According to eyewitnesses about 60 inhabitants of the reception centre in Ħal Far were involved in protests that turned violent on October 21 with Maltese Home Affairs Minister, Michael Farrugia setting the number as high as 300. Severe damage was caused to the centre when fires were lit and stones were thrown by frustrated inhabitants.

As reported by AIDA, managed by ECRE, the conditions in the Ħal Far and other open centres are “extremely challenging”: “low hygiene levels, severe over-crowding, lack of physical security, location of most centres in a remote area of Malta, poor material structures and occasional infestation of rats and cockroaches are the main general concerns expressed in relation to the Open Centres.”

The Correctional Services Agency of Corradino denies allegations of mistreatment of people involved in the incident at Ħal Far brought forward by several sources according to whom they were stripped down and hosed “like animals” and manhandled in prison by the Special Response Team using batons. Other allegations brought forward by local media include inhabitants as young as fourteen being left without food for days as the Agency for the Welfare of Asylum Seekers suspended daily meals following the violent protests.