From Bad to Worse for Migrants Trapped in Detention in Libya 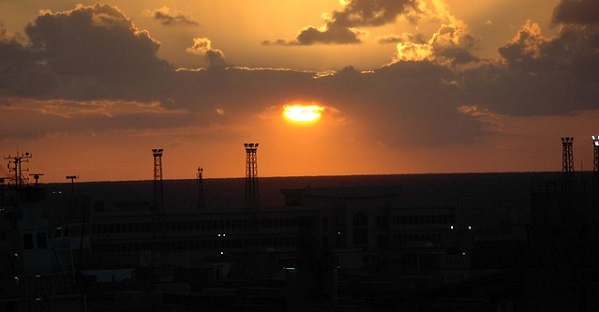 Footage revealed to the Guardian shows the panic of migrants and refugees trapped in the detention facility Qasr bin Ghashir close to Tripoli under indiscriminate fire from advancing militia. According to the UN Refugee Agency UNHCR more than 3,300 people trapped in detention centres close to the escalating fighting are at risk and the agency is working to evacuate migrants from the “immediate danger”.

Fighting is intensifying between Libyan National Army (LNA) loyal to Khalifa Haftar and the UN-recognised Government of National Accord (GNA) around the capital Tripoli. There have been reports on deaths and forced enlistment among migrants and refugees trapped in detention centres, which are overseen by the Libyan Department for Combating Illegal Migration but often run by militias.

Amid the intense fighting the EU-backed Libyan coastguard continues to intercept and return people trying to cross the Mediteranean. According to the International Organisation for Migration (IOM) 113 people were returned to the Western part of the country this week. In a Tweet the UN Agency states: “we reiterate that Libya is not a safe port and that arbitrary detention must end.”

Former UNHCR official, Jeff Crisp, calls it: “…extraordinary that the UN has not made a direct appeal to the EU to suspend the support it is giving to the Libyan coastguard”, and further states that: “Europe has the option of doing nothing and that is what it will most likely do.”

UNHCR has evacuated 500 people to the Agencies Gathering and Departure Facility in Tripoli and an additional 163 to the Emergency Transit Mechanism in Niger. However, with both mechanisms “approaching full capacity” the Agency urges direct evacuations out of Libya. On April 29, 146 refugees were evacuated from Libya to Italy in a joint operation between UNHCR and Italian and Libyan authorities.