Croatia: Escalation of Violence at the Borders Lack of Oversight Covered Up 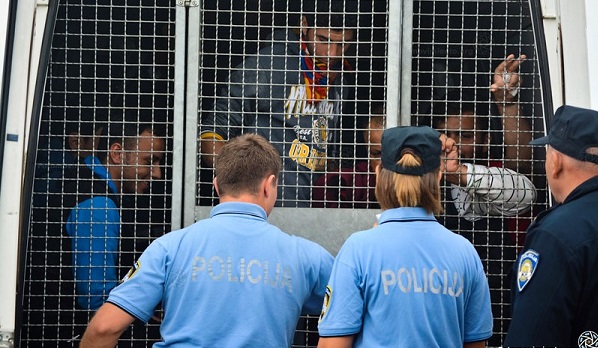 On 15 of June, the Guardian revealed the alleged attempt of EU officials to cover-up Croatia’s negligence in monitoring and supervising the behavior of police officers at the borders, where abuse and violence is escalating.

The European Commission provided €6.8 million to Croatia to help reinforce border management at the EU’s external borders with Bosnia-Herzegovina, Serbia and Montenegro at the end of 2018, assuring that a monitoring mechanism would be in place to ensure that “all measures applied at the EU external borders are proportionate and are in full compliance with fundamental rights and EU asylum laws”.

However, according to internal mail exchanges seen by the Guardian, Commission officials were not only aware of Croatia’s lack of commitment to a monitoring mechanism and significant underspending but also decided against full disclosure of the situation fearing a backlash. According to Guardian: “the Croatian government had decided to ring-fence only €102,000 of the €300,000 provided for the monitoring mechanism and that ultimately only €84,672 was actually spent”. The lack of an adequate monitoring system has been rejected by the Croatian government, claiming that UNHCR and Croatian Law Centre were appointed for the establishment of the monitoring system, although both organizations denied repetitively any involvement.

Despite Croatia seeking to enter EU’s passport-free Schengen zone the country is far from compliance with European human rights standards at borders. The violence and abuse at the borders by Croatian police officers continue with an alarming increase of humiliation and violence. According to a report from Amnesty Internationalon 26 May 2020, 16 people from Pakistan and Afghanistan were stopped in the area of Plitvice Lakes, near the border with Bosnia, by a group of Croatian police officers with covered faces. People were tied to trees while the police shot in air and next to their legs. One of the victims reported “We were pleading with them to stop and show mercy. We were already tied, unable to move and humiliated; there was no reason to keep hitting us and torturing us. They were taking photos of us with their phones and were singing and laughing”. After five hours of abuse, people were escorted to the border and forced back to Bosnia, according to ECRE member Danish Refugee Council, with bleeding wounds on their heads, bruises and four with broken limbs

In a joint statement Felipe González Morales, the Special Rapporteur on the human rights of migrants, and Nils Melzer, Special Rapporteur on torture and other cruel, inhuman or degrading treatment or punishment state: “The violent pushback of migrants without going through any official procedure, individual assessment or other due process safeguards constitutes a violation of the prohibition of collective expulsions and the principle of non-refoulement … Such treatment appears specifically designed to subject migrants to torture and other cruel, inhuman or degrading treatment as prohibited under international law.” They call on Croatia to “investigate all reported cases of violence against migrants, hold the perpetrators and their superiors accountable and provide compensation for victims”.