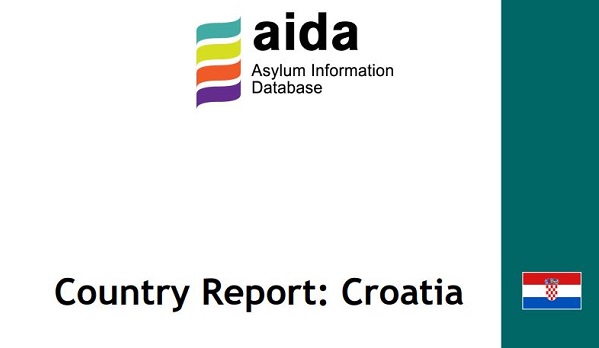 The updated Country Report on Croatia documents the main developments in the area of asylum procedures, reception conditions, detention of asylum seekers and content of international protection in 2019.

Access to territory and situation at Croatian border: It sheds light in particular on the situation at the Croatian border where push backs and violent police practices have been documented, affecting several thousands of persons. Overall, the Ministry of Interior stated that, from January to September 2019, it had prevented 9,487 people in their attempt to illegally cross the border, which marks a significant increase of 200% compared to the same period in 2018. This strict border regime limits access to the territory and to the asylum procedure. It puts individuals at risk of serious human rights violations, including vulnerable groups, and is particularly worrying in light of the level of violence that has been reported, involving incidents of torture, shootings, accidents and deaths of migrants in certain cases. The situation at the border is being heavily criticised by a variety of national and international organisations and is under particular scrutiny in the context of Croatia’s accession to Schengen.

Asylum procedure and reception conditions: Other developments relevant to the asylum procedure include inter alia the re-structuring of the determining authority, concerns regarding the length of appeal procedures as well as the Constitutional Court’s ruling highlighting the importance of thoroughly examining individual circumstances in subsequent applications.

As regards reception, the living conditions in the Reception Centre in Zagreb have significantly improved following renovations. These were carried out, however, because the local population voiced strong opposition against the creation of a new Reception Centre near Petrinja, in Mala Gorica, as was initially planned in 2018. Hate speech and discrimination has been reported as a growing issue in Croatia in 2019.

Content of international protection: Beneficiaries of international protection are also still facing significant challenges in exercising their rights in almost all areas, as persisting obstacles are not solved nor sufficiently addressed at state level, thus rendering the role of civil society organisations crucial. The most important issues still relate to the language barrier, health care, employment, education and housing. As the previous Integration Action Plan expired at the end of 2019, a new Integration Action Plan is under discussion, covering the period 2020-2022.

Covid-19 measures: The AIDA report further includes a short overview of key measures taken in the context of Covid-19 which have an impact on the situation of asylum seekers and beneficiaries of international protection.