Croatia: Further Evidence of Systemic Push-Backs at the Border with Bosnia 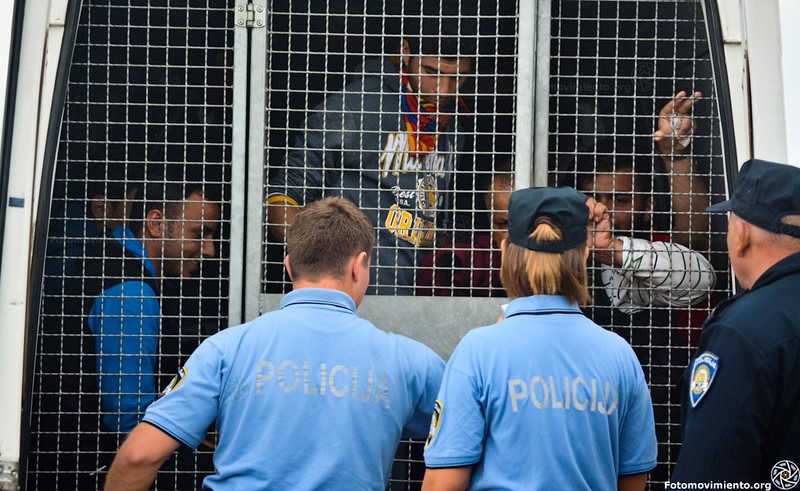 The Guardian reveals new details of Croatian authorities’ push-back operations at the border with Bosnia-Herzegovina between 6 and 7 of May 2020, involving more than 30 people, mainly from Pakistan and Afghanistan.

According to the testimonies collected by the Danish Refugee Council (DRC), people were forced to enter in a van around Rijeka and driven to the border with Bosnia although some of them requested to apply for asylum. At the border, they underwent different kinds of humiliations by the police including beatings, burning of their belongings. Some officers used spay-painting on their heads while laughing and drinking beers before they were pushed back to the other side of the border.

A report by the Centre for Peace Studies and the Welcome! Initiative  “Report on violent and illegal expulsion of children and unaccompanied minors” published at the end of May documented the repeated use of violence at the borders also against children.

According to the 2019 Aida Country Report on Croatia, between January and November 2019, the Croatian police pushed back 1,514 people by force. The report states: “While concrete tactics vary in practice, some common patterns include the capture of people on the move, the confiscation of their properties, especially communication equipment, beating with batons and chasing by dogs with the purpose of physically exhausting migrants and prevent them from attempting another crossing. A number of male migrants were reportedly stripped, beaten and forced to walk back to Bosnia and Herzegovina barefoot”.

Although the evidence collected by NGOs on the field and the concern expressed by UNHCR, the Croatian Ministry of Interior turned down the allegations and commented: “We find it highly probable that thousands of migrants are ready to use all means at their disposal to accomplish their goal, including giving false testimonies”.