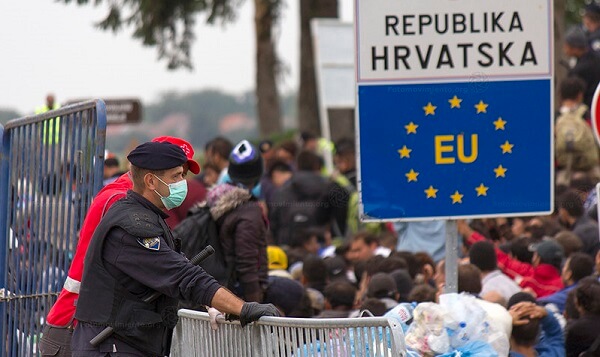 A tussle is taking place in the Commission over the accession of Croatia to Schengen – membership of the Schengen zone through accession to the Schengen treaty. On one side, President Juncker; on the other, a handful of Member States, technical experts, and a mounting pile of evidence about violations at the border.

As is to be expected from the “political Commission”, it is a highly political issue. Rumours abound that Juncker has promised Croatian Prime Minister Plenković, an ally, that he will get it done before he’s done, and his public statements say as much.

But then there’s the situation at the borders. There is now widespread substantiated evidence of violence at Croatia’s borders, especially but not only at the border between Croatia and Bosnia and Herzegovina. Evidence demonstrates breaches of international and EU law, including of the prohibition of refoulement under Article 3 of the European Convention on Human Rights and the prohibition of collective expulsions under Article 4 Protocol 4 ECHR, of Articles 4 and 19 of the EU’s Charter of Fundamental Rights. There appears to be denial of access to the asylum procedure contravening the Asylum Procedures Directive, combined with pushbacks to Bosnia and Herzegovina, where claiming asylum is near impossible due to inadequate legal representation and administrative shortcomings.

The evidence has been gathered by variety of international and local organisations and bodies: ECRE’s Asylum Information Database (AIDA) (2019), Human Rights Watch (2018) and Amnesty International (2019); and the report on push-backs by the Parliamentary Assembly of the Council of Europe which investigated the issue and adopted recommendations in June 2019. The Croatian Ombudswoman has requested that the Croatian authorities investigate alleged illegal police treatment of migrants. The request follows a complaint from inside the border police about orders from superiors to carry out illegal act, and has yet to be answered. There appears to be no pending public investigation of any incidents.

The actions are not “one-offs”, perpetrated by the proverbial bad apple. Recent research concluded that violence is systematic and organised and causes injuries that, due to a lack of medical care, go untreated. As all over Europe, violations go unpunished while those who point them out face negative consequences.

All this gives rise to concerns about Croatia’s intention to comply with Article 4 of the Schengen Borders Code, the fundamental rights piece, which requires parties to act in full compliance with the Charter, with the 1951 Convention, and with other relevant international law. Croatia cannot be deemed to be meeting these requirements, and it is hoped that the evaluation of its application of the Schengen acquis, sitting with the College of Commissioners, concludes as much.

In the short-term, the tussle is reflected in the controversy over a Communication due to be issued imminently by the Commission. If it recommends Croatia’s accession, the Member States are likely to follow suit – done deal. It has to (surely) include something on the border violence and summary returns. But what? For ECRE, drawing on the recommendations of our members and others in the country, Croatia’s accession to Schengen should be conditional on an end to violations at the border and full compliance with all relevant provisions of EU and international law. A robust monitoring mechanism needs to be in place, including clear evidence of domestic investigation into incidents reported, and there needs to be full cooperation with independent oversight bodies, and notably the Ombudsperson’s Office. The situation should be addressed before membership goes ahead.

Unfortunately, if anything at all is included, it is likely to be the standard meaningless rights-washing reference to “Croatia must comply with fundamental rights and non-refoulement obligations” with no detail on what this means, no acknowledgement of documented violations, and no list of consequences should that not be the case.

There are considerable reputational risks here to the EU and specifically to the Commission: documentation at the border will continue, and indeed more international bodies are likely to get involved. Current practices have given rise to court proceedings and further litigation efforts on behalf of those who have experienced expulsions are being explored. National courts, such as in Switzerland, have suspended Dublin transfer to Croatia due to the current practices of summary returns; ECRE and others are involved in an important case, M.H. and others v Croatia  which is pending before the ECtHR. It  concerns an Afghan family who entered Croatia from Serbia and were stopped by the Croatian police and summarily returned to Serbia. One of the children was hit by a train and died while the family was being expelled.

Rightly or wrongly, a soft approval of Croatia’s accession will be presented as EU complicity in violations. And this is the heart of the issue. Is anyone concerned about border violence? Who actually wants to enforce a fundamental rights clause in treaty? In the era where defence of the EU’s external border is viewed with hysterical fervour as Europe’s most important policy priority, beating back refugees gets you a gold star rather than approbation. As with the EU Accession process, where members hardly set a good example to aspirants, Schengen members themselves engage in violations. Croatia is aggrieved about the criticism because it is doing what other EU Member States and Schengen zone members, tacitly or explicitly, want it to do.