ECRE Policy Note: Schengen – A Club where Fundamental Rights (Do Not) Matter? 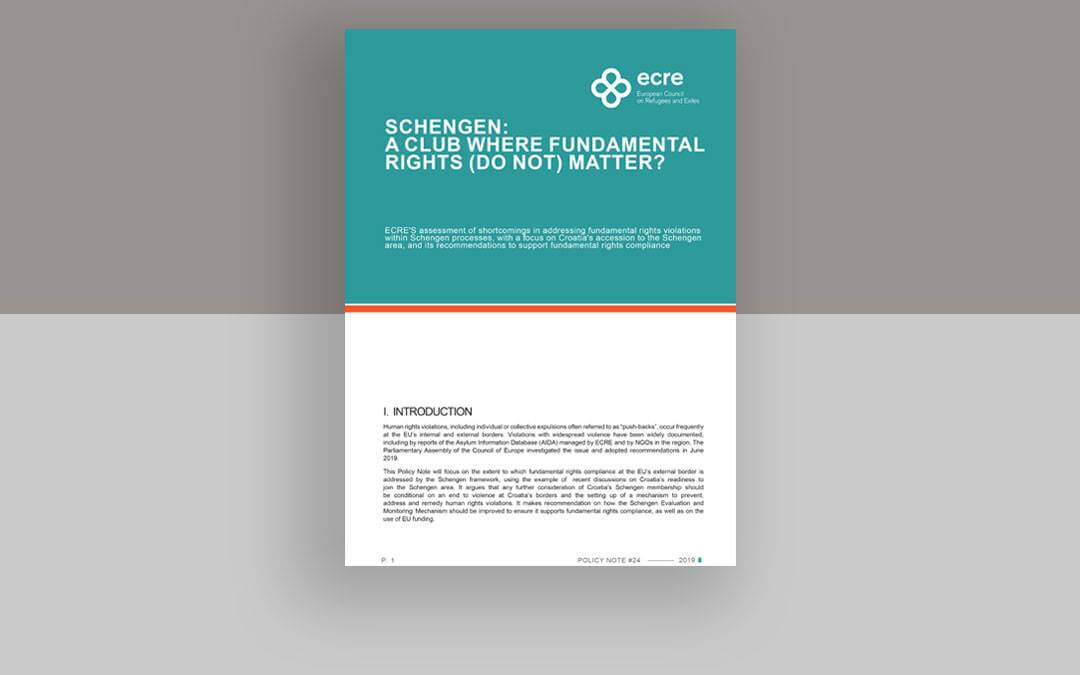 The ECRE Policy Note Schengen – A club where fundamental rights (do not) matter? – assesses how fundamental rights compliance at the EU’s external border is addressed by the Schengen framework, with the current debate on Croatia’s readiness to join as example. The Policy Note further offers ECRE’s recommendations on ensuring compliance with European and international legal obligations at the EU’s borders.

The refusal of entry or push backs to neighbouring countries without access to claim asylum in violation of EU and international law is commonplace in Europe, both at the external and internal borders of the EU. In the case of Croatia, there is extensive evidence of violations at the border with Bosnia and Herzegovina, according to human rights organisations leaving EU complicit in violence and abuse against people seeking refuge and entry into Europe. By giving the green light for Croatia’s accession to Schengen the European Commission suggests that a Member State can be in compliance with the Schengen Borders Code despite evidence in the public domain demonstrating systematic violations of rights perpetrated by government officials.

ECRE offers a set of key-recommendations to EU and its member states including: ensuring compliance with European and international legal obligations at the EU’s borders, making Schengen accession conditional on upholding fundamental rights at the EU’s external borders, in accordance with the Schengen Borders Code, revising and strengthening the Schengen Evaluation and Monitoring Mechanism, and guaranteeing that EU funding is promoting fundamental rights compliance and addressing risks of complicity in violations and unintended support for violations.