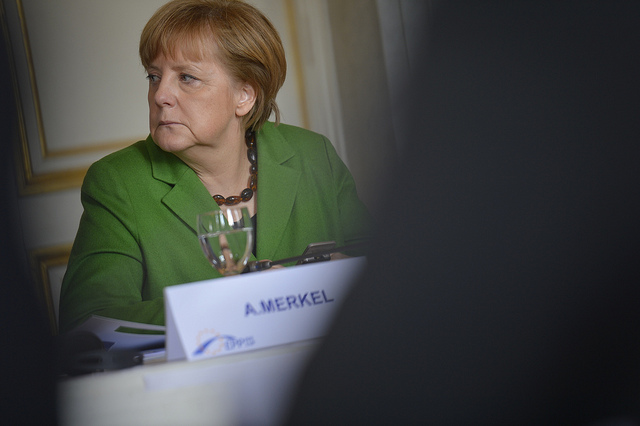 The German Minister of Interior, Horst Seehofer sparked a crisis between Christian Democrats (CDU) and sister party, the Christian Social Union (CSU) with his 63 point “migration master plan” that was postponed shortly before it was set to be released. Reportedly the plan includes controversial measures allowing border police to turn back asylum seekers registered in other EU member states at the border without entering the formal Dublin Process. While Seehofer is preparing the measures he has stated that he will await the outcome of the European Council summit June 28-29 where Chancellor Angela Merkel is part of negotiating a council position on the reform of the Dublin Regulation.

Chancellor Merkel was not willing to accept a unilateral suspension of the requirements of the Dublin regulation stating that: “Migration can only be solved on a European level, it’s a European issue.” However, the crisis provoked by the controversial proposals by Minister Seehofer threatens the government coalition and potentially further complicates the cumbersome negotiations on reaching a Council position on the reform of the Dublin Regulation by the end of June.

According to media sources, French President Emmanuel Macron following a meeting with Chancellor Merkel on June 19 confirmed his countries willingness to receive asylum seekers returned from the German border while in exchange looking for support for his vision of EU reform including a common Eurozone budget. “The domestic pressure Chancellor Merkel is currently under makes it easier for the French President to get more money for the new budget,” Thomas Jäger, a professor at the University of Cologne told N.Y. Times.

President of the European Commission Jean-Claude Juncker will host a mini-summit on migration in Brussels on Sunday June 24, reportedly pushed for by Chancellor Merkel. The summit will include the leaders of France, Italy, Austria, Greece, Bulgaria, Spain, Malta and possibly Belgium and the Netherlands as well as Germany. The draft declaration of the summit reveals a focus on the external dimension and has caused frustration at the European Council who already prepared their own plan as well as some member states.

An Italian diplomat is quoted by Politico for saying; “It’s very curious that for a summit presented as an informal summit, that you circulate in advance written conclusions not yet agreed,” and Minister of the Interior Matteo Salvini calls on Prime Minister Giuseppe Conte to boycott the summit saying: “If we go to Brussels to play the script already written by France and Germany, if they think to send us more migrants instead of helping us, then we shouldn’t even go.” According to Polish media the so-called Visegrad group of Poland, Hungary, the Czech Republic and Slovakia will not be attending the summit. Polish Prime Minister Mateusz Morawiecki stated: “After a very careful analysis of the document which was sent by the European Commission in the context of Sunday’s ad hoc meeting, we came to the conclusion together that it’s something along the lines of recycled procedures, proposals from the past that are not understandable to us. They are for the most part not acceptable.”