Editorial: Asylum in Europe: Where do we go now? 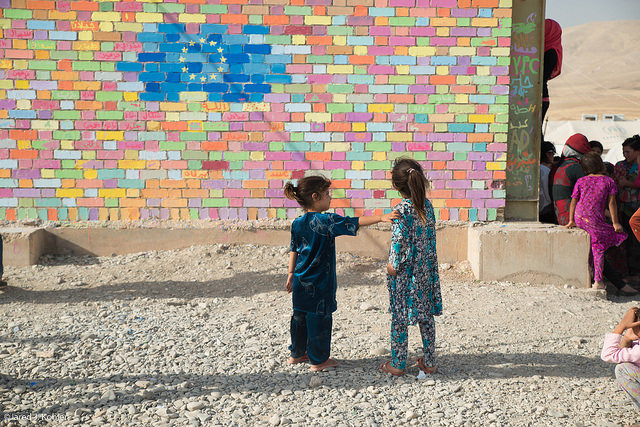 After two years of tortuous and time-consuming negotiations, there is no sign that discussions on the reform of the Common European Asylum System (CEAS) are going to reach a satisfactory conclusion. The sticking point remains the reform of the Dublin Regulation with the Justice and Home Affairs Council on Tuesday seemingly not reaching an agreement. According to the Bulgarian EU Presidency, chairing, and European Commissioner Avramopoulos the discussions were “frank and open” – a euphemistic way of saying that there was a(nother) big fight. Indeed, in the press conference afterwards Avramopoulos could barely conceal his anger towards some of the ministers, in particular Belgium’s provocateur Theo Francken who declared the Dublin reform “dead”.

While anger towards Francken is generally justified, on this occasion he might be right: the Dublin reform could be doomed. The Member States’ positions remain irreconcilable: the V4 have stuck to their position that no “solidarity” mechanism in the form of relocation should be included, and certainly nothing mandatory, while the Southern states insist on mandatory and automatic relocation or a deeper reform of the allocation system.

Negotiations are continuing, and it is not impossible that an agreement is reached on Dublin, but the most likely scenario now is that the European Council later this month will agree on just two or three of the original seven legislative proposals launched in 2016. Those that might make it over the line are the Qualification Regulation, Reception Conditions Directive recast and the Union Resettlement Framework. There is likely to be an attempt to abandon or at least suspend the reform of Dublin and the proposals that depend on it. The incoming Austrian Presidency has little appetite for managing another round of negotiations, and who can blame them after witnessing the heroic but fruitless efforts of Slovakia, Malta, Estonia and Bulgaria to facilitate a compromise.  Thus, the European Council Conclusions could be framed in a way to allow them to desist.

If the Dublin proposal is abandoned or suspended, should we lament its demise? Probably not. However, we must be vigilant about what comes instead. ECRE believes not only that the Dublin system is unfair and needs reform but also that it is one of the reasons why a manageable situation of increased arrivals turned into a crisis. But, like others, we are in the paradoxical position of having argued for years for a reform of Dublin and then not being able to support the proposal put forward by the European Commission.

The 2016 reform was the wrong proposal at the wrong time. It did little to address the fundamental flaw in the Dublin system, the disproportionate responsibility of the countries at the borders, while also potentially restricting the right to asylum in Europe through the combination of admissibility/safe third country tricks. Indeed, the Commission’s proposal increased the responsibilities of the countries of first arrival with the additional pre-Dublin checks (admissibility procedures) (although these have been watered down in later versions of Council compromises). While not perfect, the European Parliament’s position at least represents a deeper overhaul of Dublin. Recent conflicts have also centred on what transmuted into “stable responsibility” – provisions on longer duration of responsibility for beneficiaries of international protection, with the Southerns arguing for two years, a Bulgarian compromise proposing eight years, while others, including Germany, continue to insist on 10 years. In addition, the original proposal included a punitive approach to secondary movement without addressing the reasons for it.

It has never been entirely clear where the proposals came from – and where blame lies for this mess. After developing some better options in spring of 2016, the Commission then put forward this unambitious and flawed proposal, which strongly represents the interests of certain countries in northern Europe. DG Home has consistently argued that in its response to the “crisis”, including the proposals, it is doing what the Member States want.

Leaving aside the legal question of whether it is the role of the Commission to do the bidding of the Member States (and even then only the narrow constituency of interior ministers), did the Member States really demand this raft of proposals? Many have been frustrated and pessimistic about the process, struggling even to assess the implications of the ever-changing proposals. Reforming a complex and relatively new legal framework in the midst of a deep political crisis never seemed like the right answer. With the exception of Dublin, the focus should have been on compliance and implementation of the existing laws.

The only institution that comes out of this looking good (so far) is the European Parliament, which efficiently managed to negotiate positions on the proposals, despite the huge divergence in views across the political groups. It is also the only institution to consistently defend the rights of refugees, the right to asylum in Europe, and to promote a rational and positive approach on the broader issue of migration.

The abandonment of the Dublin reform and other proposals, while likely, is not a done deal, however. There is a risk emerging of a rush to get an agreement at any cost. In recent weeks, some at the Parliament have shown a willingness to compromise, including abandoning important principles and positions. They may have an eye on their legacies; and Parliament’s stance has been that the proposals should be treated as a package: nothing should be agreed until everything is agreed, which precludes the option of two or three proposals moving and the rest being dropped.

ECRE’s position is that no reform is better than a bad reform – on Dublin but similarly on any other proposal. Abandoning a proposal is better than agreement on something damaging and ineffective just for the sake of it.

Where do we go now? Leaving aside the reform should not mean that anything goes. If no agreement is reached on Dublin, the legal framework will remain largely unchanged (with the possibility of revisions on qualification, reception and resettlement, as mentioned above). The focus should then switch back to implementation, particularly for neglected parts of the Acquis – ensuring access to asylum in Europe, proper reception conditions, functioning asylum decision-making. Given changes at EASO, the Member States should ensure that the new EU Asylum Agency has a key role in monitoring and supporting compliance with legal standards and fundamental rights. Its focus should be making asylum function in Europe, not contributing to outsourcing people to other regions. A new legislative proposal may be needed to establish its mandate, given the extent to which the current proposal cross-references the Dublin proposal.

One of the downsides of the end of the negotiations will be that the alarming Austrian Presidency has more time to take forward whatever malicious plans it is cooking up. This week, the Danish Prime Minister leaked the information that a group of Member States is trying to set up camps in a European country outside the EU, which is “unattractive” for asylum seekers, speculation centres on Serbia or Albania.

It looks like a case of premature exclamation from Rasmussen as the idea is unclear. He seemed to mean deportation camps for persons whose asylum claims have been rejected. But such camps could then evolve into the external “common reception centres” referred to by Angela Merkel. It is not a surprise to see that, along with Denmark, Austria and the Netherlands are in the group of plotters. But Germany’s participation is a bad sign. It provides the weight to make things happen and is another sign of the change in Germany’s approach to asylum and migration. It was Germany that led resistance to previous plans of this ilk, such as Tony Blair’s “safe havens” initiatives. As ECRE has commented, Germany now seems fully bought into the externalisation agenda, with its support for an extreme version of the Safe Third Countries concept and its growing activities in Africa, combined with a reluctance to tackle the attacks on rule of law within the EU which are one cause of the lack of “solidarity”.

Most worrying is the development of plans outside of EU frameworks. Member States learned from the EU Turkey Deal the methods for preparing an EU agreement that is not an EU agreement, and thus not subject to parliamentary scrutiny or within the jurisdiction of the EU Court of Justice – make sure that decisions are taken in informal settings and produced in the form of “statements” or operating principles. There is no doubt that the Austrians are adept at such murky dealings, given their hand in the February 2016 police chiefs agreement to close the Balkans route – which arguably played a greater role than the EU-Turkey Deal in blocking access to protection in Europe for refugees.

ECRE has consistently emphasised that externalisation is not the answer: Europe needs a functioning and fair asylum system, continued progress on opening safe and legal channels (which is going on in the background), and refugee inclusion through respect of rights – to education, work etc – in Europe. Europe needs to contribute to fair responsibility sharing at the global level rather than undermining its own foreign policy objectives through outsourcing to other regions.

But all of these efforts from Austria and others would have likely happened anyway. The legislative reform proposals do not constitute an alternative to externalisation – in many ways they consolidate it. If Dublin and some of the other proposals are to be abandoned, we should not regret their demise but we must be ready for what else is coming.