Greece: Spike in arrivals accompanied by legislative and funding developments 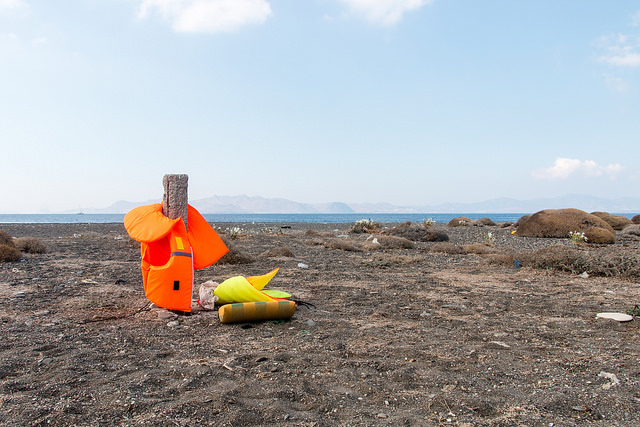 The new Greek Minister of Migration Policy, Dimitris Vitsas, said the authorities recorded a 33% increase in refugee flows from Turkey in the first quarter of 2018, compared to the same period last year. He also announced the government will submit a draft bill at the end of the month seeking to accelerate asylum procedures. The European Commission will be funding €180 million in emergency support for Greece.

Vitsas noted a spike in arrivals from Turkey in 2018, which seems to have increased in recent weeks. In March there was a 59% increase in arrivals compared to March 2017. Last week the Lesvos authorities were on high alert after eight boats arrived carrying 300 people. On Tuesday over 100 people arrived on the island of Chios in three separate boats. The Reception and Identification Centres (RIC’s) on all the Eastern Aegean islands, except for Leros, are occupied well above their intended capacity. The occupancy of the RIC on Lesvos is almost double its capacity.

The draft asylum bill to be introduced by the end of April seeks to accelerate, simplify and organize the asylum procedure. According to the latest AIDA/ECRE Country Report, the current average time for the completion of asylum procedures in Greece in 2017 was estimated to be 6 months.Vitsas also proposed to increase the number of judges on the appeals commission from 12 to 20.

EU emergency support funding will go to the flagship ‘Emergency Support to Integration & Accommodation’ (ESTIA) programme, currently run by UNHCR. The programme is part of the Greek government’s ‘out of camps’ policy and so far it has created 23,000 urban accommodation places and a cash assistance scheme which provides for over 41,000 refugees and asylum seekers. The funding follows a meeting between European Commissioner for Humanitarian Aid and Crisis Management Christos Stylianides and the Greek Prime Minister Alexis Tsipras.

Six other contracts have also been signed with the Danish Refugee Council, Arbeiter-Samariter-Bund, Médecins du Monde, the Spanish Red Cross and the Greek NGOs METAdrasi and Smile of the Child. These contracts address other humanitarian needs such as shelters, health care, psycho-social support, hygiene conditions, non-formal education and language interpretation.