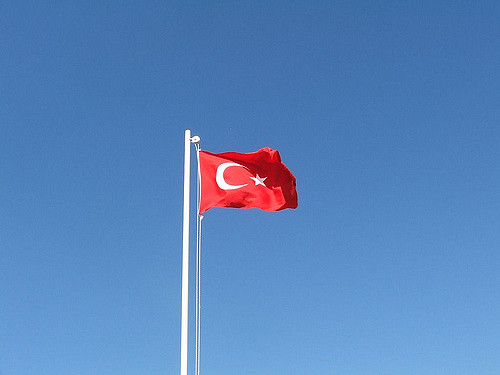 The AIDA report refers to unlawful push backs along the Turkey-Syria border, as well as allegations of unlawful returns at other land borders, have continued throughout 2017. Reported incidents include the use of violence and shootings against people entering the territory.

Further to an amendment to the Law on Foreigners and International Protection (LFIP) by Emergency Decree No 676, adopted on 29 October 2016, introduced derogations to the principle of non-refoulement for cases concerning individuals who lead, participate in or support a terrorist organisation or a benefit-oriented criminal group, pose a threat to public order or public health, or have relations with terrorist organisations defined by international institutions and organisations. Persons falling under those categories may be deported even where they have a pending international protection procedure or benefit from international protection or temporary protection. While some Administrative Courts have halted deportations in some cases, the non-refoulement principle is not uniformly applied in Administrative Court reviews. The Constitutional Court has issued interim measures in different to prevent deportations where a risk of refoulement has been identified.

As the joint registration of international protection applications continues to be handled by UNHCR through its implementing partner ASAM in one location in Ankara, long queues of people waiting to access the procedure continued to be reported. The average number of applications processed per days is 500-600. On the other hand, applicants face delays of up to several months before obtaining an interview with the Provincial Directorates of Migration Management (PDMM).

Pre-removal detention is applied inter alia to persons issued a foreign terrorist fighter code (“YTS89”). The code seems be applied widely, with approximately 67,000 persons issued such a code in 2017. At the same time, persons apprehended outside their “satellite city” may be detained in order to be transferred thereto. It nevertheless appears that detention is imposed on applicants who violate residence restrictions with varying rigour, often depending on the profile of the individual.

Magistrates’ Courts seem generally reluctant to review detention orders, with most appeals against detention being rejected in Izmir, Aydın, Hatay, Adana and Erzurum. In addition, the Constitutional Court has delivered several judgments raising concern on the effectiveness of remedies against detention conditions.

The detention infrastructure of Turkey is increasingly expanding, with a total 18 Removal Centres reaching a total capacity of 8,276. According to the observations of lawyers, it seems that different categories of persons are detained in different Removal Centres. For example, Edirne mainly accommodates irregular migrants intercepted while attempting to leave Turkey, while Hatay, Erzurum and Gaziantep accommodate migrants identified as foreign terrorist fighters (“YTS89”). However, Removal Centres face capacity issues at the moment. Another 16 Removal Centres totalling 7,400 detention places are planned to be established.

Following an amendment to the Temporary Protection Regulation by Regulation 2018/11208 of 16 March 2018, responsibility for the management of Temporary Accommodation Centres and provision of services such as health care lies with DGMM.

As of 2017, the right to family reunification has been almost entirely suspended in Turkey for both international and temporary protection holders. According to the observations of lawyers, PDMM do not allow beneficiaries to apply for family reunification, unless the sponsor has been accepted for resettlement in another country and the family is to join him or her before departure.

A Regulation on Work Permit of Foreigners under Temporary Protection was adopted on 15 January 2016, regulating the conditions and procedure for obtaining work permits, while a similar Regulation was adopted on 26 April 2016 for applicants and holders of international protection. Beneficiaries may apply for a work permit 6 months after registering for temporary protection, subject to possible sectoral and geographical restrictions defined by the Ministry of Labour as well as quotas in workplaces. Despite this legal framework, Syrians in Turkey continue to face widespread undeclared employment and exploitation, including child labour.