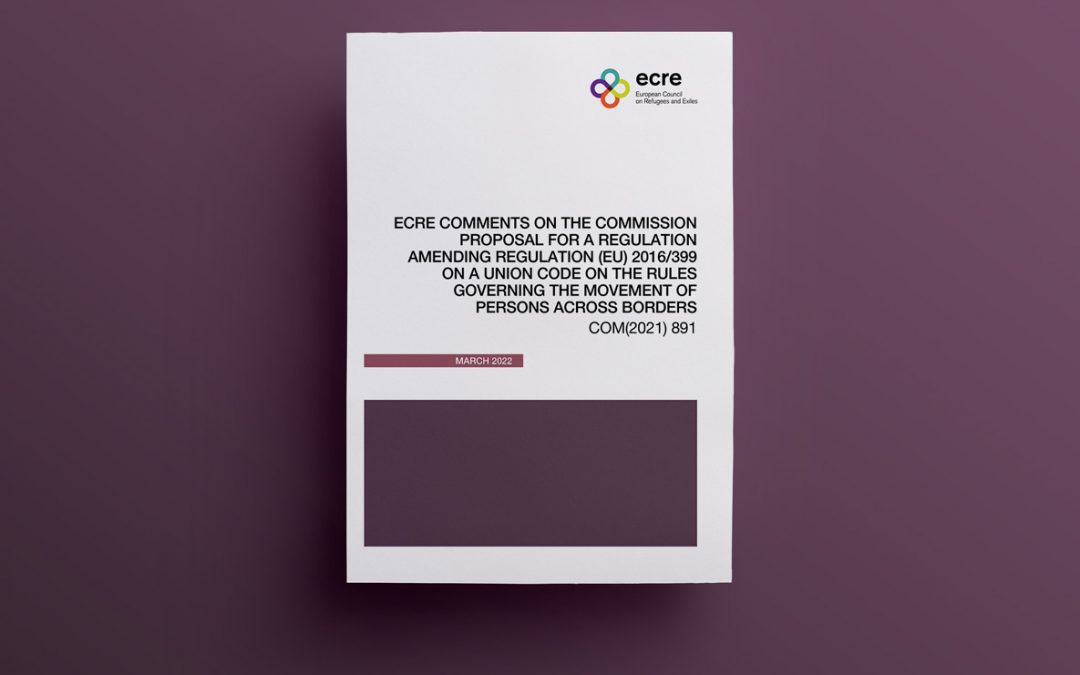 ECRE publishes its Comments on the European Commission proposal for a Regulation amending Regulation (EU)2016/399 on a Union Code on the rules governing the movement of persons across borders (Schengen Borders Code or SBC). The Comments analyse the fundamental rights impact of the proposal and include recommendations for consideration of the European Parliament and Member States.

The definition of instrumentalisation is broad and lacks clarity. This is particularly worrying because even though the term is vague, instrumentalisation may be used to invoke a range of derogations from the asylum acquis. ECRE challenges why the actions of third country governments which use people, including those seeking international protection, to destabilise the EU should result in a significant negative impact on the rights of those people, including by the lowering of asylum standards and making it more difficult for people to apply for international protection in Europe. It is particularly questionable given that the current legal framework already provides flexibility for Member States to deal with changing events at their border.

ECRE also questions whether the provisions meet the relevant requirements of necessity and proportionality. For instance, the proposed measure of making fewer border crossing points available for a more limited amount of time is unlikely to have any impact on the motivations and actions of third country governments engaged in instrumentalisation and the related policy objective of responding to instrumentalisation. It is also doubtful whether the measures are consistent with the objective of the Treaty of the Functioning of the EU (TFEU) Article 77 of “ensuring the absence of any controls on persons, whatever their nationality, when crossing internal borders” which the Schengen Borders Code is supposed to contribute to.

The SBC proposal also suggests a procedure for transferring persons apprehended at internal borders which is an attempt to regularise and encourage the practice of summary readmission, including through bilateral agreements and practices, which has been deemed unlawful in some national courts and risks violating several fundamental rights. A related proposal for an amendment to the recast Return Directive would contribute to the proliferation of bilateral readmission agreements among Member States, leading to divergent practices undermining common procedures under EU law and people being subject to return decisions without individual assessments