ECRE Comments: EC Proposal on Situations of Instrumentalisation in the Field of Migration and Asylum 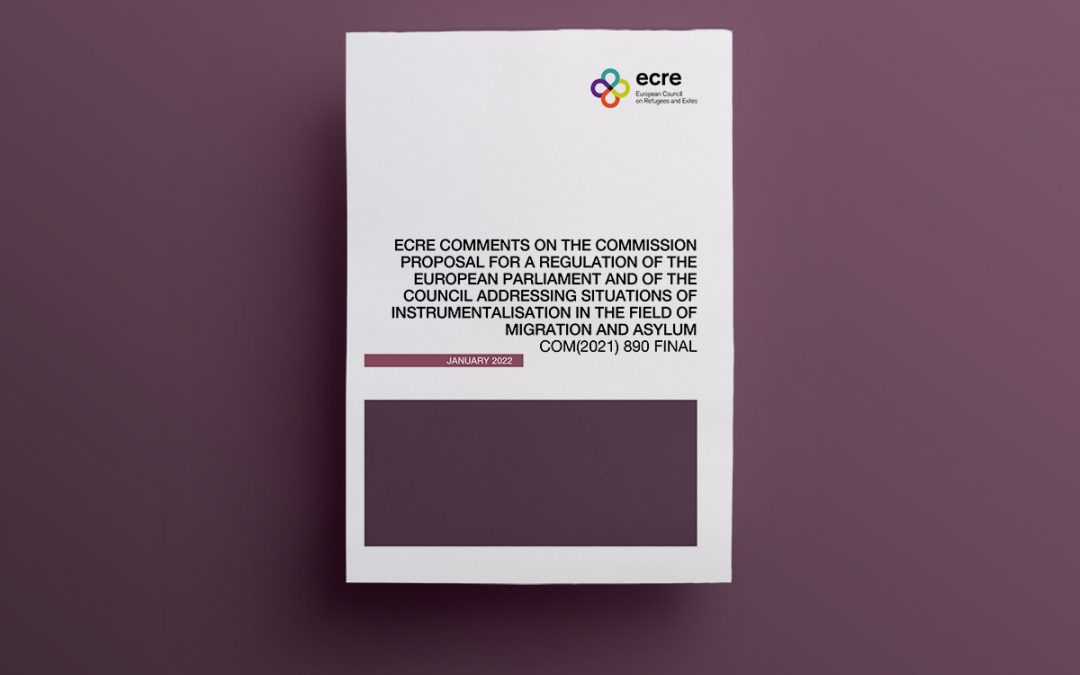 ECRE opposes the measures proposed in the Regulation, which would have an adverse effect on the right to asylum by creating a parallel system of managing borders and asylum for situations of “instrumentalisation”, based on derogations from the standards in the asylum acquis. ECRE is opposed in principle to responses based on expanding and normalising derogation from EU asylum law, especially in the context of widespread non-compliance and given that the legal framework already provides sufficient flexibility for Member States.

The Regulation establishes a mechanism allowing for derogations from EU law on asylum and return which will be available to Member States on a permanent basis. As such, questions arise as to the measures’ proportionality, efficiency, necessity and its impact on fundamental rights.

The negative impact on fundamental rights derives from the expanded use of concepts and practices which undermine the right to asylum in Europe and from an approach based on normalising derogations. While the Instrumentalisation Regulation mentions the principles of non-refoulement, best interests of the child, right to family life, and protection of health, it does not include the necessary guarantees to ensure that the rights are accessible in practice. ECRE also has concerns about the broad and unclear definition of “instrumentalisation” which captures most situations at the EU’s external borders. It continues the trend for proposals that seek to contain people at the EU’s external border, which increases the responsibilities of countries at the borders and may make denial of access more likely.

Finally, many elements of the Regulation have already been proposed as part of the Pact on Migration and Asylum, including the expanded use of the border procedure and allowing derogations from the EU asylum acquis in some situations. As these proposals are currently subject to legislative scrutiny, it appears inefficient and undemocratic to re-launch them in another form.

If the Regulation is to move forward, the Comments include (non-exhaustive) observations and recommendations, aimed at reducing the negative impact on fundamental rights.