Denmark: Experts Contributing to COI Reports Condemn Decision to Deem Damascus Safe for Return as UNHCR Reconfirms its Position on Returns to Syria 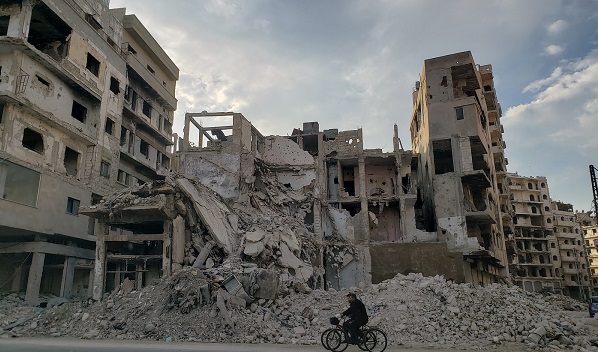 11 out of 12 experts who contributed to Country of Origin (COI) reports for the asylum appeals board (Flygtningenaevnet) and the Danish Immigration Service have strongly condemned the Danish asylum authorities decision to remove temporary protection for Syrian refugees from Damascus. In its recent update on the protection considerations in Syria, the UN Refugee Agency (UNHCR) reiterates its call on states not to forcibly return “Syrian nationals and former habitual residents of Syria”.

Danish Minister for Immigration, Mattias Tesfaye demanded in June 2020 an acceleration of reassessments of the cases of hundreds of Syrian nationals from the Damascus area based on an alleged change in the security situation as a result of the regime being in full control of the area. In March the Danish Refugee Appeals Board (Flygtningenaevnet) in several cases declared the situation in the Rif Damascus governorate (greater Damascus) safe enough for return, widening the geographical area considered safe by Danish authorities. As a result, Danish authorities began to revoke the protection status for Syrian nationals holding either the controversial temporary subsidiary protecting status (section 7.3 Danish Aliens Act) or subsidiary protection status (section 7.2 Danish Aliens Act), including for family members of deserters from the Syrian army who hold refugee status in Denmark.

Denmark’s approach differs from the position of other European authorities and has provoked intense critique at national and international level. On 20 April eight analysts, researchers, and other experts on the Syrian context who had contributed to two COI reports used as background material for the Danish asylum authorities evaluation of the security situation in Syria, released a letter strongly condemning the Danish government’s decision to remove “temporary protection” for Syrian refugees from Damascus and stating: “Damascus may not have seen active conflict hostilities since May 2018 – but that does not mean that it has become safe for refugees to return to the Syrian capital. Many of the key drivers of displacement from Syria remain, as the majority of refugees fled, and continue to fear, the government’s security apparatus, arbitrary arrest and detention, torture, military conscription, and harassment and discrimination”. Further, the signatories revealed to Danish media that they considered the report week and misleading as it lacked context and in some cases misrepresented their quotes. Another three experts joined the critique on 21 April, leaving a general serving under the Syrian regime as the only source to not condemn Denmark’s decision to declare Damascus safe for return.

UNHCR’s recently published ‘International Protection Considerations with Regard to People Fleeing the Syrian Arab Republic –Update VI’ includes a Moratorium on Forced Returns stating: “In light of continued conflict, insecurity, and contamination with explosive remnants of war (ERW); severe concerns about the rule of law and widespread human rights violations and abuses, including against returnees; fragmented community relations and a lack of genuine reconciliation efforts; massive destruction and damage to homes, critical infrastructure and agricultural lands; and deepening economic and humanitarian crises, which are compounded by the COVID-19 pandemic, UNHCR continues to call on states not to forcibly return Syrian nationals and former habitual residents of Syria, including Palestinians previously residing in Syria, to any part of Syria, regardless of whether the area is under control of the Government or under control of another state or non-state entity”.

According to authority statistics, Denmark received 46 asylum applications from Syrians in the first two months of 2021, and 344 throughout 2020. The total number of asylum applications in 2020 from all nationalities stood at 1,515. This should be seen in the context of 6.7 million internally displaced persons in Syria and 6.6 million Syrian refugees worldwide, of whom 5.6 million are hosted in countries near Syria.