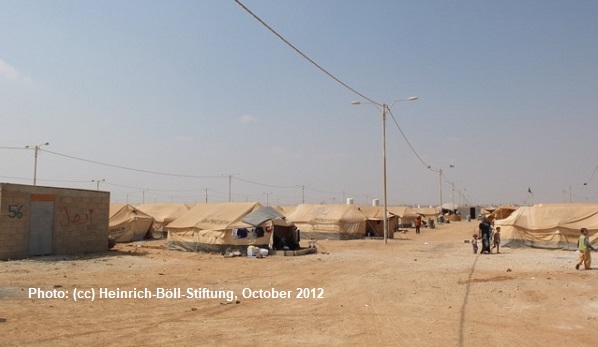 The fifth conference on “Supporting the Future of Syria and the Region took place on 30 March, shortly after the 10th anniversary to the peaceful democratic uprisings in 2011. It was co-chaired today by the European Union and the United Nations and is the ninth international conference devoted to the Syria crisis.

The funding pledges collected by donors fall far short of the projected needs which according to the UN run at around 8.5 billion Euro to support populations in need inside Syria and the neighbouring countries. The conference generated pledges of €5.3 billion Euro for 2021 and beyond for Syria and the neighbouring countries hosting the largest Syrian refugee population. Of this amount, €3.7 billion Euro were announced by the EU, with 1.1 billion Euro coming from the European Commission and €2.6 billion Euro from EU Member States. Both the UK and the US have cut their contributions compared to previous years,  Germany is now the single largest donor to the Syria response.

The co-chairs issued a statement which declared that progress towards a political solution to the conflict in Syria remains elusive and that any such solution must be based on the Geneva Communiqué (2012), the full implementation of UN Security Council resolution 2254 (2015) which calls for a Syrian-led, Syrian-owned political process facilitated by the UN to reach a political settlement that meets the legitimate aspirations of the Syrian people. The statement also underlined that Syria “remains a protection crisis with multiple challenges affecting the lives of millions of Syrians daily, including their psychosocial and mental health needs.”

On the issue of return, the statement reiterates that “Return is a right to be exercised based on individual’s free and informed decision. However, participants underscored that conditions inside Syria have not been met for the promotion or organisation of large-scale, safe and dignified voluntary return in line with international law” and that “all governments hosting refugees and asylum seekers in the region and beyond must uphold non-refoulement and commit to a moratorium on summary deportations of Syrian refugees. Participants reiterated the importance of the Protection Thresholds and Parameters for Refugee Return to Syria, issued by the UN in February 2018.”

The conference was preceded by a day of exchange between Syrian, Jordanian, Lebanese, Turkish and international Non-Governmental Organisations (NGOs) and Civil Society Organisations (CSOs) and Ministers and senior officials from refugee-hosting countries, the EU and UN agencies. A report of the online consultations with civil society which took place ahead of the conference has been published.

Earlier this month, the European Parliament adopted a resolution on the conflict in Syria which opposed any “normalisation of diplomatic relations with the Syrian regime as long as there is no fundamental progress on the ground in Syria, with clear, sustained and credible engagement in an inclusive political process;”. It also “Reminds all Member States that Syria is not a safe country to return to; and “calls on all EU Member States to refrain from shifting national policies towards depriving certain categories of Syrians of their protected status, and to reverse this trend if they have already applied such policies”