Updated Information Sheet: Measures in Response to the Arrival of Displaced People Fleeing the War in Ukraine 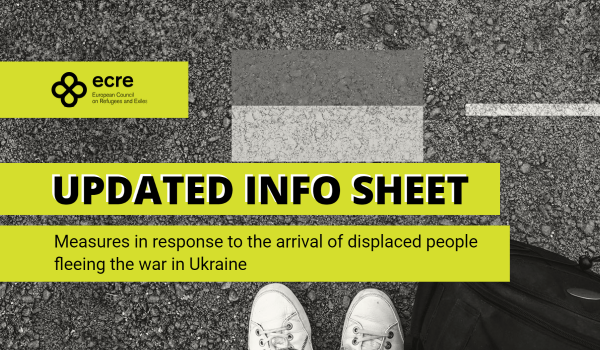 As outlined in previous updates, countries such as Germany, Spain, the Netherlands and Luxembourg have chosen to extend the scope of the TPD, whereas countries including Hungary and Poland decided on a limited scope. These decisions have not changed since their implementation and little information is available of yet as to how protection decisions are being made, particularly in the assessments of third-country nationals (TCNs) who cannot return to their country of origin (in the EU+ countries which extend temporary protection to this group). Malta announced that in this case the onus is on the TCN concerned to establish their eligibility for the protection, but so far there is no information as to how this is working in practice.

A further issue which remains unclear from official TPD implementation is how the right to free movement will work in practice. In Denmark’s special act it is noted that it does not apply to those in possession of another citizenship (other than Ukrainian) or another residence permit other than in Ukraine. Similarly, reports have come from both Germany and Poland that applicants for TPD in Germany were refused based on their possession of a certificate stating their presence in Poland.

Despite a lack of information regarding the practical implementation and developments of the TPD, EU+ countries have continued to make announcements and develop plans on residency, reception and practical services. France confirmed that the expiring residence permits of UA nationals already residing in France will be automatically extended for three months. The UK has similarly noted that on 3 May 2022, the Ukrainian Extension Scheme will open which will allow permits which expired since 1 January 2022 to be extended. Finland announced the establishment of new reception centres, while Spain announced changes to allow beneficiaries of TPD the ability to rent and live on their own despite a usual requirement of six months in temporary accommodation. On practical aspects, both Poland and Slovakia have announced details regarding free public transport and Poland and the Netherlands have given details as to the financial allowances provided to beneficiaries of temporary protection. Furthermore, Moldova has provided for more in-depth health services for UA nationals including reproductive and maternity health and Lithuania and Romania have both developed schemes for easier access to employment for beneficiaries of the TPD.