The Channel: From Bad to Worse for People Risking Their Lives to Reach the UK from France 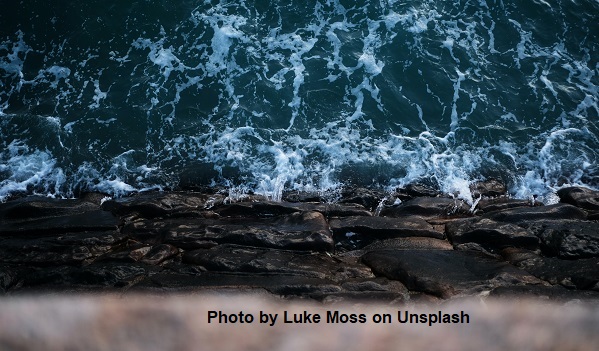 Despite restrictions, evictions and deportations, people hoping to cross the Channel are returning to Calais where they face confiscation of tents and belongings. Four people, among them two young children drowned on 27 October, when a boat carrying around 20 people capsized in rough weather off the French coast. Chief inspector of prisons in the UK finds conditions in Tug Haven in Dover, where people arriving across the channel are processed, unfit. Asylum seekers are left in sub-standard and dangerous housing conditions. More than 20 asylum seekers including victims of torture, who have been illegally detained are suing the Home Office.

People returning to Calais after the dismantling of makeshift camps in September when French authorities evicted and deported hundreds of people to other parts of France, are now again facing evictions and confiscation of tents and belongings. However, dangerous crossings continue and two children aged five and eight were among the four people who lost their lives in what is considered the worst disaster on the Channel in recent years. 18 people have been saved in a search and rescue operation mounted by French authorities and taken to hospital. Amnesty International refugee rights director Steve Valdez-Symonds stated: “Governments on both sides of the Channel urgently need to rethink their joint failure to provide people with a dignified and safe means to seek asylum, which is their right”.

Following recent warnings from the children’s commissioner, the British Red Cross and Human rights groups over the conditions for asylum seekers including children detained in facilities in Kent, the chief inspector of prisons, Peter Clarke found conditions in the Tug Haven facility in Kent: “not fit for even small numbers”.  Tug Haven is described as a “rubble-strewn building site” where hundreds of asylum seekers are spending hours in cramped containers without access to dry clothes, sleeping facilities, access to open air or space for social distancing to avoid exposure to COVID-19. Children are held longer than adults at an average of 17 hours but there are cases of children detained in the facility for up to 66 hours. Peter Clarke further stated on the responsibility of the Home Office: “Just because numbers are unprecedented, that does not mean they are unpredictable, or cannot be planned for”. Further, humanitarian organisations working in Kent report of increasing aggression from far-right activists: ““They intimidate the staff in the centres, the refugees and volunteers. Sometimes you’re only talking about four or six people, but they are very effective and organised in the way that they use their online networks,” said Clare Moseley, founder of Care4Calais an NGO supporting asylum seekers on both sides of the Channel.

The National Audit Office has previously reported the failure of the Home Office to monitor contractual requirements of companies awarded asylum contracts and revealed severe deficiencies. According to Refugee Action’s west Yorkshire asylum services manager Rachel Goodall, there is a: “crisis brewing” describing an increasingly alarming situation of asylum housing: “Water is coming through rooves, properties are getting filthy. These were concerns before lockdown but now there’s even less care. It’s gotten really bad during the pandemic, and it feels like it’s getting worse”. In a recent case of dangerous asylum housing, a ceiling collapsed over a room where a two-year old girl was sitting on a sofa, her mother says the experience left the child with psychological problems and added: “Even animals don’t get treated like this”.

On 27 November 2019 the Supreme Court unanimously rejected an appeal by the UK Home Office to overturn a landmark ruling from the Court of Appeal declaring the detention of asylum seekers while their cases were being assessed in the Dublin Procedure unlawful. Thousands were unlawfully detained between January 2014 and March 2017 and more than 20 people are now launching claims for compensation.

Photo by Luke Moss on Unsplash