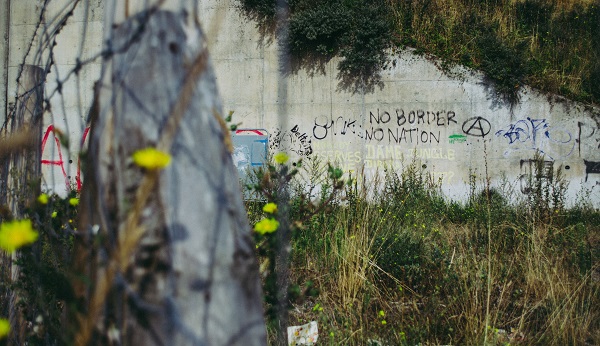 Ahead of the visit of French incoming interior minister Gérald Darmanin, Calais saw one of the “most brutal” evictions of the informal camp since 2016. The mayor demands an expansion of detention and border practices similar to those ruled illegal by the French Council of State.

Last Friday, French police once again dismantled a make-shift camp in Calais. 519 people looking to cross from the French Port city to the UK were taken by bus to places across the country. According to local authorities, another 20 people were arrested and taken to detention centres due to their “irregular migration status”.

The Calais-based charity Care4Calais reports that the operations constituted “the most brutal evictions in Calais since 2016. Police have taken everything from the refugees – tents, sleeping bags, clothes and food. Hundreds of people were shipped as far as Marseille or Spain”. On Saturday, the police returned for “repeated and more violent action, firing tear gas at defenceless people and setting fire to tents”. Clare Moseley, the group’s founder, says the eviction appear political, a flawed response to Priti Patel’s calls for action following recent attempted Channel crossings:  “The only effect of evictions is to increase the desperation of people living in the camps to escape France and cross the Channel. This is simply feeding the surge in numbers of crossings we are currently seeing.” The charity demands a safe and legal way for people to claim asylum at the UK border in France without having to risk their lives.

The raids also came ahead of a visit by incoming French interior minister. The Republican mayor of Calais, Natacha Bouchart, took the opportunity to demand a further crackdown on people settling in the town on their way to the UK. Apart from economic support, she demanded a revision of the 2003 Touquet agreement, which provides that UK border controls may be externalised to France. To widen the crackdown on people on the move, she also demands an increase in reception and detention capacity, security forces and a “border zone” of the same model as the one at the French-Italian border that allows for a “tougher handling of disturbances of public order”.

Since 2017, French authorities established a “temporary detention zone for non-admitted persons, as a place of deprivation of liberty for those to be returned to Italy”. In a report on access to asylum and detention at France’s border, ECRE notes that “no formal decision has been taken by the Prefect of Alpes-Maritimes for the purpose of detaining people in this place, thereby rendering their deprivation of liberty arbitrary and contrary to Article 5 of the European Convention on Human Rights (ECHR).” The temporary detention zones illustrates the creative practices of French authorities to circumvent the “minimum safeguards laid down in French asylum law (Ceseda) and resulting in the unlawful detention of persons apprehended and refused entry within the premises of the PAF of Menton.”

Last week, the French Council of State found the Ministry of Interior responsible for the violation of the right to access the asylum procedure at the border between France and Italy.