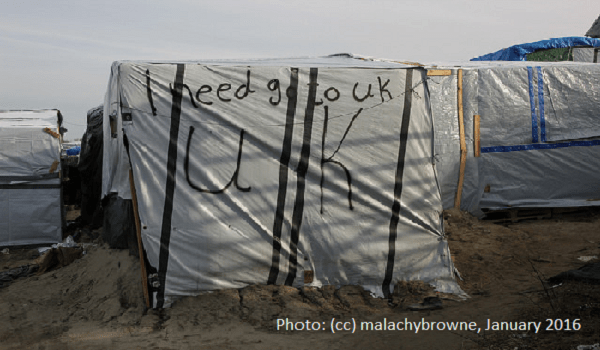 The UK government is reportedly ready to compromise European human rights instruments to speed up migrant deportations and to stop an increase in arrivals across the Channel. However, reports reveal limited potential of such a strategy and a recent UK judgement cancelled a deportation flight to Spain over risk of destitution and homelessness.

Parallel to the UK Home Secretary’s promise to make it ‘unviable’ for migrants to cross the Channel, the UK government reportedly started planning their exit from parts of the European Convention on Human Rights. David Lammy MP, the shadow justice secretary, reminded the government of the essential role of human rights protection in a well-functioning society: “Any attempt to abandon human rights would make life in Britain less secure and hold our country back on the world stage”.

The initiative comes as a reaction to recent reports on increased Channel crossings and according to government officials aims to deter migrants from ‘illegally’ entering the country, while, at the same time, speeding up the deportations of those who do make it to British shores. However, reports from The Guardian and The Independent found that the deportations of asylum seekers do little to stop migrants from crossing the Channel. At the same time deportations are costly with an average price of £12,000 a person.

A UK judgement dealt a further blow to the government’s strategy, as it forced the Home Office to cancel a deportation flight to Spain of a group of people who arrived via the Channel. The court ruled on the grounds that they were at serious risks of destitution and homelessness upon being returned amounting to a violation of their human rights. In a case from early September eleven Syrian asylum seekers were left in homelessness in Madrid after being deported from the UK, as Spanish authorities refused responsibility for them and the provision of support.

Bella Sankey, director of Detention Action, warmly welcomed the recent UK judgment and underlined the importance of the rule of law, while at the same time voicing her concerns over the Home Office’s reaction to this judgment: “This is a landmark victory for human rights, our common humanity and the rule of law. Of course, the UK must not deport those fleeing persecution to near certain homelessness and destitution. That the courts must step in to prevent this injustice should shame Priti Patel, but will instead enrage her. Three cheers for the lawyers who have ensured this government, despite its best efforts, is still not above the law.”

The number of applications for international protection in 2019 were comparatively modest in the UK with a total of 34.354 in 2019, compared to 142.400 during the same period in Germany.