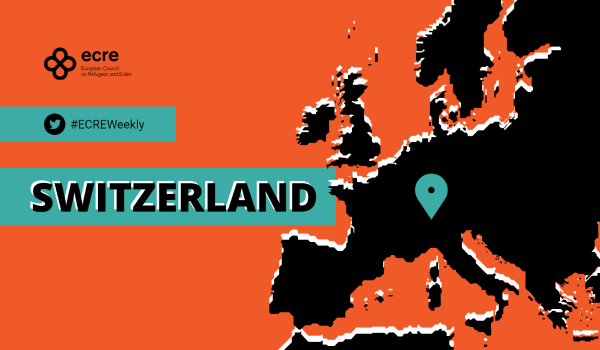 Three deportation centres have been criticised for failing to adequately care for children and families. The vast majority of Afghan requests for humanitarian visas have been refused due to strict criteria. The Swiss Greens are tabling a parliamentary initiative to allow municipalities and cantons to take in more refugees, while the Liberals have confirmed their support for Frontex, the EU border and coast guard agency. A new report says Dublin returnees with mental health problems do not receive adequate support upon return to Italy.

The Swiss National Commission for the Prevention of Torture released its findings from visits to three deportation centres in Aarwangen, Biel and Gampelen in summer 2021. The centres accommodate families with children prior to their removal procedures. The Committee reported that these centres were “run down with outdated infrastructure” and that conditions inside were not compatible with the UN Convention on the Rights of the Child. The centres thus violated children’s rights to decent living conditions, to rest and leisure, and to play and age-appropriate active recreation. Many women disclosed safety concerns regarding the communal areas and shared bathrooms. The Commission recommended that the bathrooms be separated and that single women and children be accommodated separately to families with male family members.

Switzerland’s failure to grant humanitarian visas to Afghans continues to attract criticism. Figures from August 2021 to the end of January 2022 show that of 534 applications received, only 39 were accepted. Aldo Brina, from the Protestant Social Centre, explained the low acceptance rate as a result of harsh policies and criteria whereby Afghans must prove both that their life is endangered in Afghanistan and that they have a connection to Switzerland. The lack of a Swiss embassy or consulate in Afghanistan means individuals must apply in other countries such as Iran, which often generates difficulties in providing the material proof needed for the visa application. While Switzerland boasts one of the EU’s highest protection rates for Afghans (roughly 80 per cent), humanitarian visas are a critical safe pathway for vulnerable people who have fled Afghanistan but cannot reach Europe. NGOs have called for the overly-strict requirements to be loosened, with one academic pointing out:  “as a sovereign state, Switzerland could issue as many visas as it wanted”.

2021 asylum statistics confirm that Afghans are the main group seeking refuge in Switzerland. Of 14,928 applications, 3,079 were from Afghans. 2021 saw the total number of applications increase 35.3 per cent on 2020: notably however, requests for international protection saw a dip throughout the EU as movement was heavily restricted due to the pandemic. In first instance decisions, the asylum recognition rate in Switzerland in 2021 was 37 per cent, an increase from 33 per cent in 2020. The State Secretariat for Migration (SEM) notes that returns were still heavily affected due to impacts from the Covid-19 pandemic, but that return support cases decreased by 4.8 per cent from 2020.

The Green party of the Swiss National Council have tabled a parliamentary initiative for cantons and municipalities to show solidarity with displaced people. The aim of the proposal is to enable a Canton-level response to migration emergencies such as the Taliban takeover in August 2021 or the Moria fire in September 2020. In such situations, Cantons would have the power to request additional reception quotas. The asylum procedure and decision would remain the competence of the Federation but the initiative aims to support accommodation and aid. Meanwhile, another political party, the Liberal Party PLR, have announced their support of Frontex an upcoming referendum. According to the Liberals, the cessation or reduction of Swiss funding to Frontex would risk a Swiss departure from the Schengen-Dublin system.

ECRE member l’Organisation suisse d’aide aux réfugiés (OSAR) has published a report that outlines risks for Dublin transferees with mental health problems in Italy. On the basis of the Dublin Regulation, asylum seekers can be returned from Switzerland to Italy for their asylum application to be examined. Individuals who already have refugee status in Italy can also be returned by Switzerland, on the basis of bilateral agreements.  In Italy however, mentally ill asylum seekers face limited access to psychological treatment, accommodation problems and other gaps in care. Thus, OSAR says Switzerland should halt the Dublin transfers of such persons. OSAR has in the past advised against transfers to Croatia on a similar basis.