Spain: Reopening the Tarajal case to investigate the ‘death’ of 14 migrants 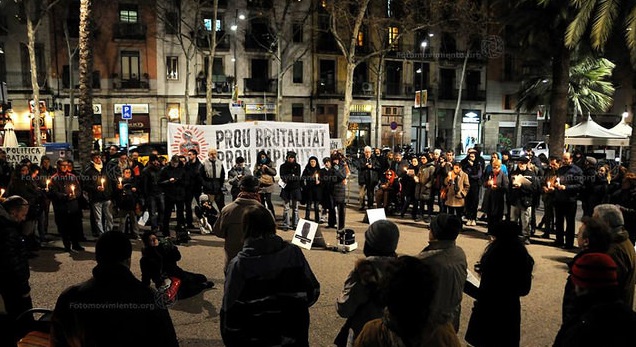 A Court from Cadiz has reopened for the second time the investigation into the death of 14 people who were had tried to cross the border fence at the beach of Tarajal, that separates Ceuta (Spain) and Morocco, in 2014. It has ruled that the judge from Ceuta – who closed the case in January 2018 – did not have the “slightest interest in hearing the witnesses”.

On 6 February 2014, 400 people attempted to swim around the embankment separating Morocco and the Spanish enclave of Ceuta. Guardia Civil officials attempted to prevent them from reaching the Spanish shore using tear gas, rubber bullets and batons. This resulted in the death of 14 people while more were injured. 23 people were returned to the Moroccan authorities without the conducting of any legal procedure. The Guardia Civil officials that were of a senior position were investigated for potential homicide, prevarication and reckless injuries. The former Minister of Interior, Jorge Fernández Díaz said that the instructions given to the officials were that there had to be several metres between the place of impact of the rubber bullets, and the people that they were trying to keep back.

The case was dismissed in 2015 and reopened in 2017 after three NGOs appealed the dismissal, but closed again in January 2018 by the Court of Ceuta. Now the Court of Cadiz (Spain) has reopened it once more and instructed that the investigation includes listening- via video conference- to two alleged witnesses that now reside in Germany. It has strongly criticized the Court of Ceuta for not having listened to the witnesses before. The latter alleged that the Police could not determine whether these two persons were in Spain in February 2014 and that it would not have been possible to bring them from Germany to Spain in order to hear their evidence.

The Spanish Commission for Refugee Aid (CEAR) and other NGOs that appealed the decisions have welcomed the reopening of the case and recalled some survivors’ testimonies alleging, among other things, that they were fired at with rubber bullets when they were only a few metres from the Spanish coast.

Spain has become the main gateway into Europe through the Mediterranean. According to the Ministry of Interior 17,605 migrants have arrived in Spain by sea since the beginning of the year, and 3,292 more have entered by land through Ceuta and Melilla.