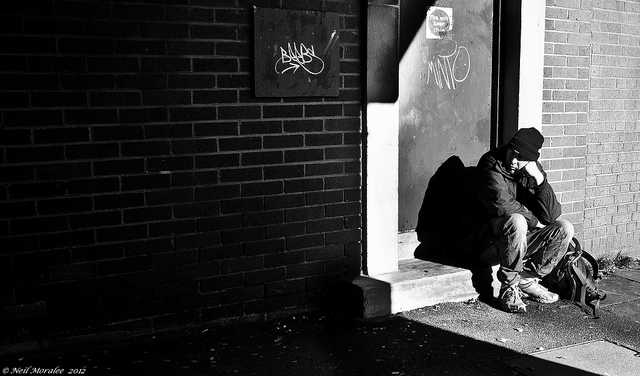 An “invisible epidemic” of destitution is unfolding in Glasgow, and cities across the UK as a result of the UK government’s ‘hostile environment’ policy.

Refugee Survival Trust, a small charity working in Scotland, distributed more than 125,000 € in emergency one-off payments to people in need throughout 2017. Support is urgently needed to safeguard asylum seekers from destitution but also to overcome practical obstacles in the asylum process. Applicants wishing to make further submissions on their claims are required by the Home Office to travel to Liverpool on their own means, regardless of which part of the UK the Home Office initially dispersed them to.

Pauline Diamond Salim of Scottish Refugee Council said: “Destitution is designed into the UK‘s asylum system. It is a cruel, punitive policy that is also incredibly inefficient and ineffective. It is inhumane to force people onto the streets and into potentially exploitative and dangerous situations. All of this is avoidable and unnecessary but the UK Government uses destitution and the threat of destitution as a central element of its hostile environment policy.”

In London, refugees are also faced with the effects of destitution under the “hostile environment” underlying UK immigration policy. A survey by the Jesuit Refugee Service found over 60% of respondents to have been homeless in the past year.

At the same time, the Home Office will no longer be generally providing bail addresses to take people out of immigration detention, under new guidance issued last month. This will result in people either stranded in detention, since the Home Office and the courts would usually refuse to order release on bail if no address is provided, or driven to homelessness upon release, according to Detention Action.