Operation ‘Sophia’ is Given Six More Months Without Ships 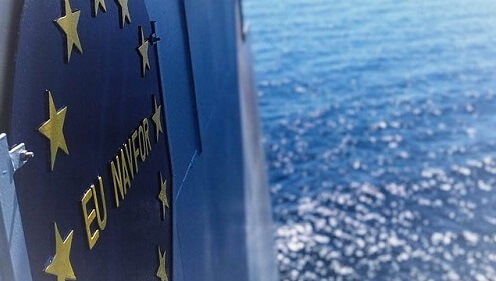 The EU will extend the mandate of its military operation in the Mediterranean for six month but no longer deploy naval ships, as member states cannot agree on disembarkation arrangements. The scaled down naval presence raises concerns about deaths at sea and people being returned to face abuse.

According to unnamed EU sources, the EU’s military operation ‘Sophia’ will be renewed for another six months but without its two naval ships. The EU will suspend ship patrols, strengthen air surveillance and continue the training of Libyan coastguards, the sources say.

‘Sophia’ was launched in June 2015, with the core mandate to contribute to the disruption of “the business model of human smuggling and trafficking networks” by identifying and disposing of vessels used by migrant smugglers or traffickers. Due to its search and rescue obligations under international maritime law, ‘Sophia’ has reportedly saved more than 49,000 people in distress, most of which have been disembarked to Italy.

The operation was given an interim extension of three months in December last year after EU member states could not agree on a longer commitment. Italy refused a policy that would take people rescued automatically to Italian ports and threatened to halt the mission if other member states were not willing to accept a larger share of those rescued. The new compromise was reached after lengthy discussions during which other member states, with reference to the Dublin regulation, refused to take in asylum seekers that first arrived in another EU country. Germany had already withdrawn its  naval vessel  in January when  Italy did not let those rescued disembark.

In January, a report by Human Rights Watch found that EU policies, such as cooperation with the Libyan Coastguards, contribute to the well–documented, severe abuse of migrants and refugees in Libya.