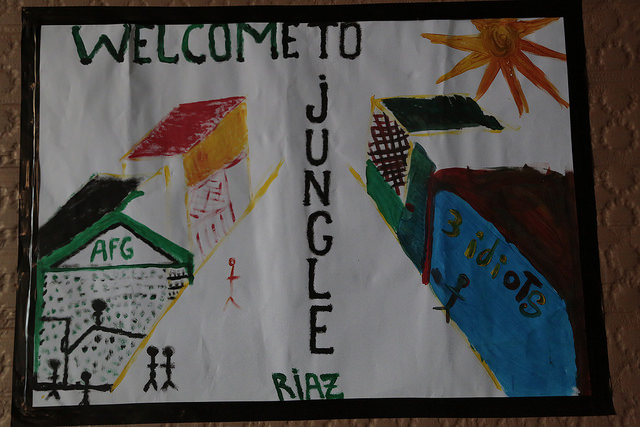 The Bar Human Rights Committee (BHRC), a human rights arm of the Bar of England and Wales, published a fact-finding report on the results of the dismantlement of the Calais camp known as the “Jungle” which took place one year ago. They found that over 4000 unaccompanied minors claiming to have family in the UK were currently stranded in France and were at-risk of being targeted by human traffickers.

During its fact-finding mission, BHRC first witnessed the chaos of the dismantlement and found that in the rush to dismantle, the authorities had failed to provide unaccompanied minors with alternative housing solutions, or to provide them with sufficient information on the ground. Furthermore, the unaccompanied minors “were subjected to a chaotic and unlawful age verification and registration process, based in many cases on physical appearance alone”.

Following the dismantlement, asylum-seekers were moved  towards reception centers across France and many promises were made in this tense political context, one of which was that those who had applications that fell under the Dublin regime would not be sent back summarily to the country they had passed through.  The Minister of the Interior at the time, Bernard Cazeneuve, also called on the British authorities to fulfil its moral duty to the unaccompanied children in Calais that claimed they had family in the UK.  At the time of the dismantlement, there were approximately 1200 unaccompanied living in the Jungle. In autumn 2016, the UK accepted 750 unaccompanied minors at the request of the French authorities to expedite the process.

Today, having fled Paris and the threats of Dublin returns and still wishing to reach the UK, approximately 700 asylum-seekers are back living in Calais, in conditions worse than they were a year ago.