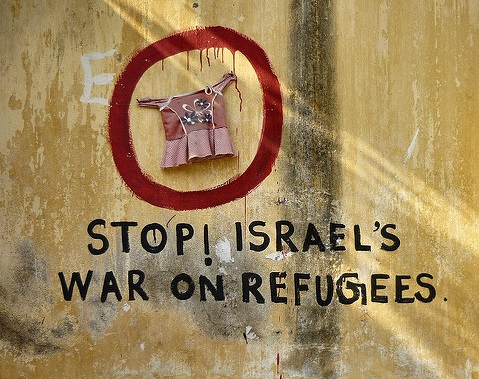 In a new ruling by an Israeli immigration appeal panel, desertion from the Eritrean army has been accepted as a sufficient basis for granting refugee status to an Eritrean asylum seeker. Recognition rates in Israel are dramatically low and Sudanese and Eritrean asylum seekers are facing the choice between indefinite jail and deportation to third countries in Africa. The Israeli government has already announced its intention to appeal.

The ruling followed the position of UNHCR and the practice of the 28 EU member states where the recognition rates for Eritrean asylum seekers is 92.5% (Eurostat), compared to Israel where just 12 Eritreans have ever been granted asylum. The adjudicator noted that this decision could set a legal precedent with consequences for many other asylum requests that had been rejected on the same basis. However, attorney Elad Cahana, who represented the Eritrean asylum seeker was less optimistic: “I assume that the Ministry of Interior will do all it can to overrule this judgement or to narrow it down as much as possible… from my experience, the Ministry of Interior interprets every decision given against them always as individual and specific with no general implications.”

In August, the Israeli Supreme Court decided to allow African asylum seekers in Israel to be sent to ‘safe third countries’ such as Rwanda and Uganda, and in November the government announced that it had made an international agreement with an unspecified African country that would allow it to sidestep the requirement of voluntariness, and deport without consent. Moreover, an amendment to the so-called ‘Prevention of Infiltration Law’ passed by the Knesset in December lifted the limitation on the duration of detention.

Last week, the the first stage of a deportation plan of 40.000 asylum seekers began as seven Eritrean nationals were transferred to prison from Holot open detention centre after refusing deportation. Two of the group are survivors of torture, according to local refugee rights groups. In response to the transfer, hundreds of asylum seekers at Holot began a hunger strike, refusing food and water. In Tel Aviv, over 20,000 Israelis and African migrants took to the streets in protest. Tel Aviv-based refugee rights groups condemned the government’s actions in a statement last Wednesday.

Spokesman for Canadian Foreign Affairs Minister Chrystia Freeland said last week that “Canada does not support policies of mass deportations of asylum seekers…as the country that resettles the highest number of African asylum-seekers from Israel, we are in direct contact with the Government of Israel to convey Canada’s concerns about the situation.” Israel has reportedly agreed to hold off on deporting 1,845 African asylum seekers who are currently waiting for resettlement in Canada.

The US Congressional Black Caucus are reportedly preparing a letter condemning the Israeli deportation plan, in what could be the first time that this particular caucus has reviewed an internal Israeli policy.

Deportations of Eritreans and Sudanese from Israel to third African countries have occurred in the past, with deadly consequences. UNHCR recently identified some 80 cases in which people relocated by Israel travelled onwards to Europe via Libya. Here, many experienced extortion and detention and were subjected to abuse, torture and violence, before once again risking their lives by crossing the Mediterranean.