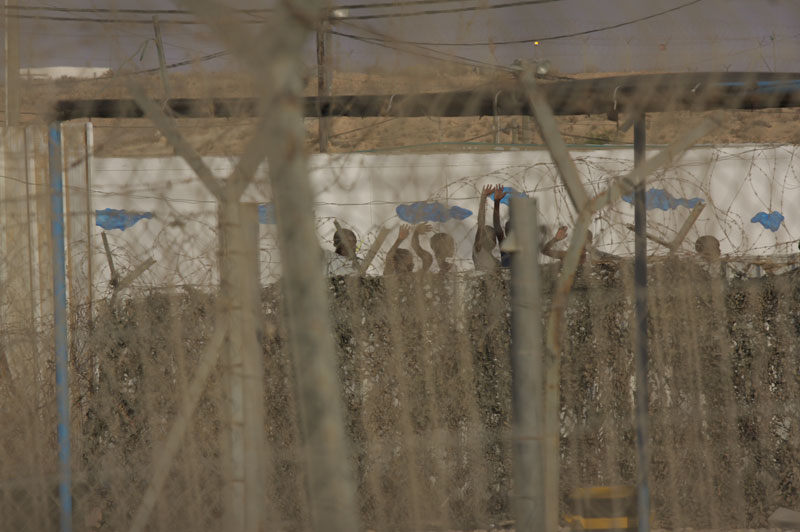 UNHCR expresses serious concerns over proposals from Israel’s Interior Minister Aryeh Deri and Public Security Minister Gilad Erdan to force Eritreans and Sudanese asylum seekers and refugees would to accept relocation to countries in Africa or face imprisonment in Israel. Further the Israeli Cabinet closure have voted unanimously to close the Holot facility housing many of the Eritreans and Sudanese.

With the new proposal Israel will engage in a largely unprecedented practice of expulsion of asylum seekers to third countries. “As party to the 1951 Refugee Convention, Israel has legal obligations to protect refugees and other persons in need of international protection,” said UNHCR’s Assistant High Commissioner for Protection, Volker Türk.

Further the proposal includes the closure of the Holot Facility inaugurated in December 2013 and hosting more than a thousand asylum seekers within a three-month period. Ministers Ardan and Deri stressed that “the infiltrators will have to choose between going to prison or leaving the country.”

The proposal, unanimously approved by the cabinet, was already announced by Prime Minister Netanyahu and Minister of Justice Ayelet Shaked in August as a reaction to a ruling from the Israeli High Court of Justice allowing the continuance of the controversial practice of expulsion to third countries but setting a 60 day time-limit on imprisonment of asylum seekers and making relocation to third countries dependent of the safety of the receiving country and agreement from the relocated asylum seekers.

The Times of Israel quoted an Israeli official for saying: “The High Court removed from the state the ability to pressure the illegal infiltrators,” and Minister of Justice Ayelet Shaked was quoted for saying: “It turned the [migrant’s] lack of cooperation into a reward. We will fight this until we achieve the necessary results.”

According to UNHCR 4,000 Eritrean and Sudanese asylum seekers have been relocated under the present ‘voluntary departure programme’ reportedly to Rwanda and Uganda. However, “Due to the secrecy surrounding this policy and the lack of transparency concerning its implementation, it has been very difficult for UNHCR to follow up and systematically monitor the situation of people relocated to these African countries. UNHCR, however, is concerned that these persons have not found adequate safety or a durable solution to their plight and that many have subsequently attempted dangerous onward movements within Africa or to Europe.”

Further UNHCR notes that “Since Israel took over refugee status determination from UNHCR in 2009, only eight Eritreans and two Sudanese have been recognized as refugees by the authorities. Another 200 Sudanese, all from Darfur, were recently granted humanitarian status in Israel.” There are currently 27,500 Eritreans and 7,800 Sudanese in Israel.