OPed: Israel’s plan to deport Eritreans and Sudanese to Rwanda is a wake-up call for Europeans 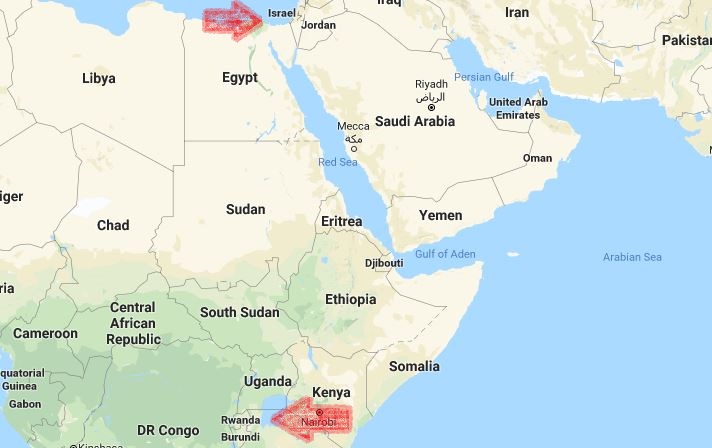 Three weeks ago the Israeli government revealed its plan to forcibly deport Eritreans and Sudanese to a “safe third country” (STC) in Africa. This choice of words is important. It shows once again that the STC concept, born in Europe two decades ago and expanding ever since, is a dangerous slippery slope with grave protection implications. The Israeli policy is similar to European STC policies in one central aspect: both are part of the general all-Western “externalization” trend. In Israel as in Europe (and the US and Australia) the goal is to keep refugees out and the means are cooperation with less developed and less stable countries. These countries, whether Libya, Turkey, Nauru or Rwanda, are offered incentives in return for taking in refugees or keeping them from leaving.

At the same time, the details of the Israeli plan demonstrate a worrying departure even from less-than-satisfying European standards. When details are examined, it is clear that the Israeli plan is unprecedented, for three main reasons. First, because the deportees have been living legally in Israel for years. The first Eritreans and Sudanese arrived in Israel in 2006. Since the completion of the border fence with Egypt, in 2012, almost no new “infiltrators” (as they are officially called in Israel) entered. They have temporary visas, which entail no rights but do allow them to legally stay in Israel. According to the 1951 Refugee Convention, the longer a refugee stays inside a country, the more rights he or she is entitled to. Specifically, deporting a refugee who has been “lawfully staying” is prohibited in article 32. It seems easy to argue that years of stay with renewable visas would amount to “lawfully staying”.

This leads to the second important difference between Israeli and European externalization policies. Most Eritreans and Sudanese did not manage to gain refugee status in Israel. Until 2013 their Refugee Status Determination (RSD) requests were not examined at all. Since 2013 the RSD door is theoretically open, but asylum seekers encounter severe difficulties in accessing it. For more than a year since the fall of 2015, all those who managed to apply were rejected out of hand because more than a year had passed since their entrance to Israel. In November 2016 the review tribunal prohibited the implementation of this rule against Sudanese and Eritreans, but difficulties in accessing RSD continued and even increased. Over the past year asylum seekers are queueing in front of the only RSD office in Israel during the night, but only the first hundred is allowed to enter in the office in the morning.

Throughout the years, those who managed to access the RSD process and weren’t rejected based on the length of their stay in Israel either never received an answer or received a negative one. Out of more than 50,000 who have been living in Israel, only 10 Eritreans and 1 Sudanese were recognized as refugees. To put it in perspective, the average recognition rate of Eritreans in Europe in 2016 was 91.4%. While the Israeli government intention is to only forcibly transfer rejected asylum seekers to Rwanda, this makes little difference in a context where there is such a remote chance of recognition

The third reason to view the Israeli plan as a troubling deterioration of protection standards is that the deportees have NO link at all to the destination country, Rwanda. Since 2014 Israel has been sending thousands of Eritreans and Sudanese there (and according to reports and testimonies also Uganda), allegedly voluntarily. Then in 2015 it declared a new plan: those who will refuse to go will be detained. A petition was submitted and last August the Supreme Court determined that as long as the policy is defined as “voluntary” the state cannot detain for more than 60 days those who refuse to leave. The government was not deterred and decided to renounce the fig leaf of voluntariness. It therefore tried to reach new agreements which will include non-voluntary deportations. Three weeks ago it announced that such an agreement with an unspecified African country was reached. The Rwandan Foreign Minister recently acknowledged the existence of a deal with Israel, though said it wasn’t final.

The lack of link between the transferees and the destination country separates Israeli policies from European STC policies, under which a meaningful or sufficient link is currently required in order to return a person to a third country. At a minimum, the concept is only used for returning people to countries through which they transited. Often European courts are not satisfied with transit as a sufficient link and require an additional meaningful link between a returnee and a destination country. Eritreans and Sudanese in Israel do not even have this weak link with Rwanda: they didn’t even transit there on their way to Israel.

The plan to forcibly transfer Eritreans and Sudanese to Rwanda should worry Europeans for one additional reason. According to all testimonies collected in recent years, those who “voluntarily” left to Rwanda quickly realized that none of the Israeli promises came true. Their documents were taken from them immediately after arrival and they were granted no assistance or protection. Most searched for a way out and went on a second escape journey, this time aiming for Europe. Many are stranded in Libya or along the route to Libya, and some found their death in the Mediterranean. Some, however, managed to get to Europe, where they quickly received status. Instead of finding protection in Israel, an OECD country, signatory of the Refugee Convention and other human rights instruments, they had to make their way to Europe. European refugee advocates therefore have a double reason to fight externalization policies. Not only they directly affect refugees in Europe and in its neighboring countries, they also indirectly lead to erosion of global protection standards – a process which will ultimately have direct implications for Europe itself.

Israel might be copying externalization measures introduced by Europe but the government is leading the trend of taking them to new extremes.

ECRE publishes Op-eds by commentators with relevant experience and expertise in the field who want to contribute to the debate on refugee rights in Europe. The views expressed are those of the author and does not necessarily reflect ECRE’s positions.