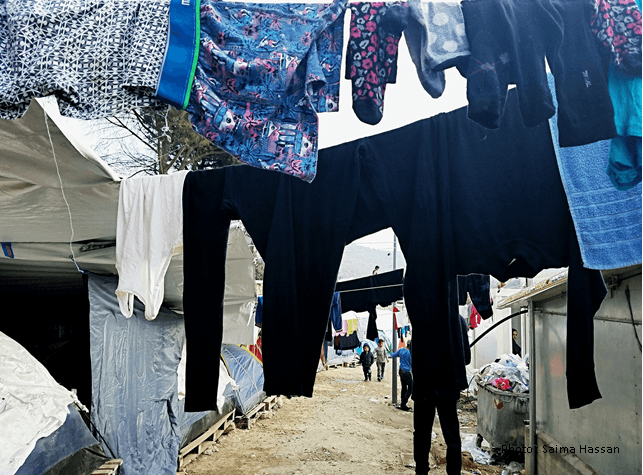 Earlier this month, UNHCR released a statement citing the heightened risk of sexual and gender-based violence to which refugee women and children are exposed, due to inadequate security and overcrowded conditions. The Greek government criticizes the methodology and thoroughness of the reports.

UNHCR has spoken to 622 survivors of sexual and gender-based violence on the Aegean islands, 28 per cent of whom experienced the incidents after their arrival in Greece. Based on these testimonies, the organisation reported that the situation is particularly worrying in the Reception and Identification Centres of Moria (Lesvos) and Vathy (Samos), where refugee women avoid bathroom and latrine areas for fear of being attacked. UNHCR further described how overcrowding made it extremely difficult for staff to identify and help survivors of sexual violence, due to the lack of privacy when conducting examinations and assessments.

In response, the Greek Ministry for Migration policy criticised the methodology used by UNHCR in compiling the evidence for their statement, implying that their findings were not “thorough” or “scientifically substantiated.” The Greek government’s lack of engagement with the issue of sexual violence in the camps was noted by Human Rights Watch, whose investigations have revealed identical concerns.

NGOs have noted that these conditions will persist so long as movement from the Greek islands to mainland Europe is prohibited for the majority of asylum seekers. This has been the case since the implementation of the EU-Turkey Statement in March 2016. Moreover, the vast majority of asylum-seekers arriving on the Greek islands from Turkey are not being returned, as was demanded under the EU-Turkey deal.

NGOs working in Chios, Greece, have exchanged letters with the European Commission in recent months, asserting that the geographical restriction implemented in compliance with the EU-Turkey agreement has led to an ‘inhumane situation’ in the reception centres.