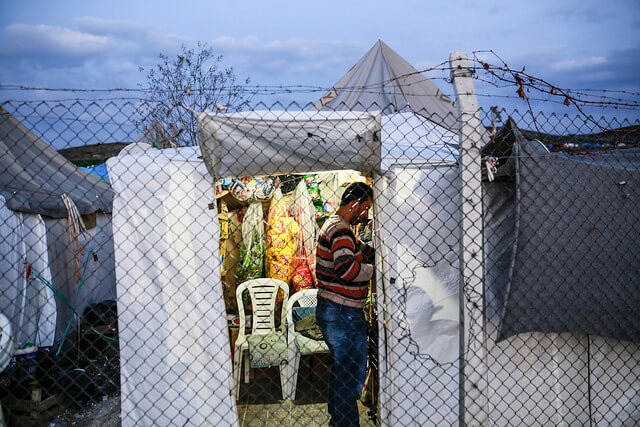 The number of asylum seekers returned from Greece, voluntarily and involuntarily, and levels of EU support to refugees in Turkey cast shadow on EU Agenda on Migration.

In its response to a parliamentary question, the German government stated that 5000 people, who had sought asylum in Greece, left Greece via voluntary return programmes in the context of the EU-Turkey deal. According to the European Commission, 322 people have been returned to Turkey and the EU has accepted 7000 Syrian refugees in return; Turkey hosts 3.9 million registered refugees, 143 000 of which live in refugee camps. The EU is supporting 1.5 million Syrian refugees who live outside of camps, mostly in big cities, through the so-called “Emergency Social Safety Net (ESSN)” with 20€ per month, the response states. The EU also provided six rescue ships for the Turkish coastguards migration management programme implemented by IOM 2016-18 with an overall funding of €20 million, the German governments notes.

The question by 22 MPs was filed in the context of Turkey maintaining the territorial reservations to the Geneva Convention, which means that Syrian refugees currently only obtain temporary refugee status. The MPs also refer to human rights organisations warning of poor reception conditions and summary returns from Turkey, reports on catastrophic conditions in Greek Island hotspots and the European Court of Auditors criticising lack of transparency and inefficiency of the support for refugees provided for Turkey.

MP Ulla Jelpke comments, the German government makes the EU-Turkey deal seem a success as long as those seeking protection are prevented from entering the EU. In truth, she points out, the situation of refugees in Turkey is rather dire. The EU subsidies of €20 per months for those not living in camps were insufficient and more than two million registered refugees did not receive any support from the EU. It is no surprise that many of them, including children, have to take jobs for starvation wages, Jelpke notes.

Taking stock of the past four years of the European Agenda on Migration this week, the European Commission called the EU-Turkey deal a “game changer”: “Arrivals to Greece quickly drop by 97% and have remained low ever since. Irregular migrants will be returned to Turkey and more than €6 billion will be mobilised to support 3.5 million Syrian in Turkey.” They also note, “key problems in Greece remain unresolved as regards returns, asylum processing and adequate accommodation”.