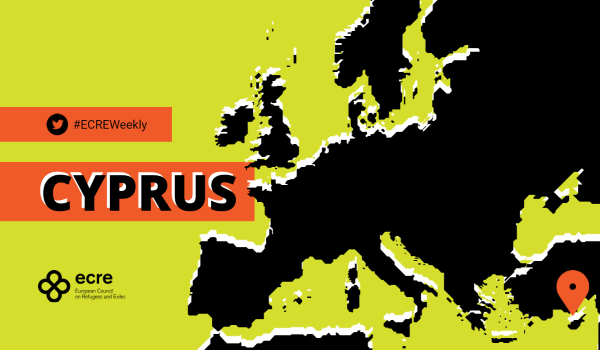 A memorandum of understanding was signed between Cyprus and the European Commission on 21 February to improve reception, asylum procedures, integration and the “efficiency of returns”. Meanwhile, Interior Minister Nicos Nouris blames asylum seekers for insufficient capacity on the island by suggesting people with no protection needs are exploiting the asylum system.

After a recent visit by the executive director of Frontex (the European Border and Coast Guard Agency) Fabrice Leggeri, resulted in the announcement of an action plan on migration, an MoU was signed on 21 February between the EU and the Republic of Cyprus. According to local media the MoU signed by interior minister Nicos Nouris and European Commissioner for Home Affairs, Ylva Johansson: “provides actions on three main pillars. The first concerns the points of arrival and origin of these migratory flows, the second, the strengthening of the reception and management structures of the migratory flows arriving at the Republic of Cyprus and the third concerns the return of people, arriving to Cyprus through these migrant flows, to their countries of origin”. The commissioner pointed out that the mobilisation of resources under the agreement aims at enhancing reception capacity, ensuring timely and effective asylum procedures, addressing integration challenges and improve efficiency on returns. The island was facing a backlog of 20,000 applications at the end of 2021. Commenting on the signing, Frontex stated that the agency: “supports Cyprus in all aspects related to return procedures, including in voluntary returns”.

Vice-President of the European Commission, Margaritis Schinas – who was present on the island during the signing – described it as “an important and symbolic day” in the management of a problem that he defined as massive and creating a disproportionate burden on Cyprus. Acknowledging the need for cooperation with Turkey, Schinas promised support to cope with arrivals via the UN controlled buffer zone separating the Turkish-occupied areas of the country. While the buffer zone is the arrival point for the majority of asylum seekers, UN Secretary General António Guterres recently stated that this proportion should be seen in the context of pushbacks conducted “at sea and at official crossing points by the Republic of Cyprus”.

Cyprus hosts the highest number of asylum seekers per capita in the EU. The island state has received criticism including from the UN Refugee Agency (UNHCR) over insufficiencies in its reception and asylum system. Having earlier blamed asylum failures on Turkey – which the Cypriot government accuses of instrumentalising migration -, the government has now put the blame on asylum seekers. “Exploitation of the asylum system by persons who do not need international protection deprives the state of the ability to provide effective hospitality, care and support to those in real need,” said Nicos Nouris.