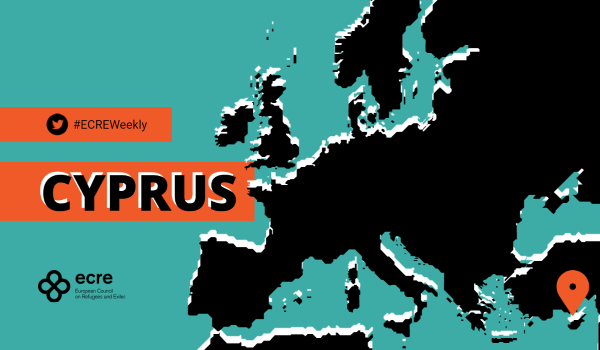 Faced with a high number of arrivals the government of the Republic of Cyprus blames Turkey for “instrumentalising migration” and calls for sea patrols by the European Border and Coast Guard Agency, Frontex. During his visit to the island, Frontex head Fabrice Leggeri promised “extraordinary support”, including on facilitating the return of rejected asylum seekers.

Cyprus, a country with a population of 850,000 people, received 13,000 asylum applications in 2021. 4.6 per cent of the population are asylum seekers or beneficiaries of protection, the highest number per capita in the EU. Interior minister Nicos Nouris stated in a recent interview: “For us, this is a state of emergency”, adding: “The migration issue in Cyprus is a huge problem because it’s been instrumentalised by Turkey”. The interior minister further stated that he would like Frontex to patrol waters south of Turkey, “from where every night, especially during summertime, we had illegal departures of migrants” but acknowledged that this would require Turkish approval. 80 per cent of irregular migrants to Cyprus arrive through the buffer zone from Turkish held northern Cyprus. UN Secretary General António Guterres recently linked this proportion to pushbacks conducted “at sea and at official crossing points by the Republic of Cyprus”.

Following a visit by Frontex executive director Fabrice Leggeri in Nicosia on 16 January, it was announced that an action plan for immigration, focused on returns, is set to be signed between Cyprus and the EU agency. Leggeri stated the plan: “will be the roadmap for our teams to work together” and promised “extraordinary support” from his agency. Now, the agency plans to increase its presence to support the return and repatriation of irregular migrants to their home countries including through the facilitation of flights, and to assist in the surveillance of the EU’s external borders. “It is a huge challenge that requires enormous support from Frontex,” Leggeri said. According to the Cyprus Ministry of Justice, the “fruitful exchange reaffirmed a common approach in terms of bolstering the protection of Cyprus’ outside borders, which are effectively EU borders, with Frontex support”.

Tensions have been brewing between locals and asylum seekers in Cyprus. In January police fired warning shots to disperse a group of residents from the Chloraka district. The mayor of Chloraka has repeatedly denounced the presence of a large Syrian population in his town, calling it a ghetto and saying the refugee population must be dispersed across the island. The town, located in Western Cyprus, has 7,000 inhabitants: the number of refugees – the majority of Syrian origin -has risen from 800 to 1,700 in three years to represent around a quarter of the population. Police have detained residents of foreign descent and cut off the water supply. The Ministry of the Interior issued a decree in December 2020 prohibiting any new refugees from settling in Chloraka.