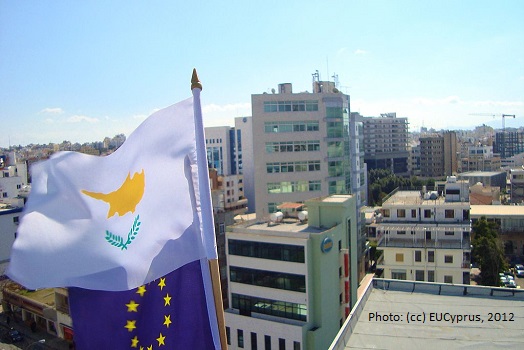 As arrivals to Cyprus continue, the UN Refugee Agency (UNHCR) has urged the authorities to ensure fast and fair asylum procedures in line with international law and norms. Further, the agency has raised concern over the dire situation for children in the severely overcrowded Pournara reception centre.

So far in 2022, 700 people have arrived in Cyprus: at the end of 2021, more than 20,000 asylum applications were pending a decision. Between January and November last year 11,939 new asylum applications were lodged on the island, which has the highest number of asylum applicants per capita in the EU. Asylum authorities on the island are not keeping up. Both of the islands reception centres, one near the capital of Nicosia and one near the port city of Larnaca, are overcrowded, forcing hundreds of people to sleep outside of the camps. According to local media, the dire situation has led to a rise in prostitution and petty crime. According to UNHCR, the situation requires: “comprehensive management of the asylum system in line with international laws and norms to implement fast and fair asylum procedures”. The agency has underlined the need to establish a coordination mechanism bringing together all stakeholders, including governmental services, NGOs supporting asylum seekers and UN agencies. The head of the European Commission’s office in Cyprus has warned that a lack of integration policies and programmes generates local conflict and has urged authorities to ensure social cohesion.

UNHCR has recommended emergency preparedness plans be adopted to address potential sudden increases of arrivals until long-term improvements are implemented in the Pournara reception centre. The agency has deployed expert staff to the centre, located outside the capital, in order to improve infrastructure and workflows. The UNHCR representative in Cyprus, Katja Saha, states: “The living conditions of asylum seekers at Pournara have deteriorated over the last years due to over crowdedness. Since the onset of the Covid-19 pandemic, the camp has received all newly arrived asylum-seekers and has been operating as a long-term reception facility. Today it hosts some 2,300 people while its current maximum capacity is of 1,000 persons”. Roughly 500 camp residents are staying in prefabricated shelters and have access to electricity and heating however, many are accommodated in tents or semi-hard plastic structures and lack access to electricity and proper hygiene facilities. Of particular concern for UNHCR are the 280 unaccompanied children in the camp where the capacity of the ‘safe zone’ is just 80 and with only three guardians. Children have no access to education while residing in the Pournara camp. Further, complaints of sexual harassment are reported by residents every month.

The Cypriot government will reportedly reiterate appeals to other EU member states to accept asylum seekers from the overcrowded camps on the island.