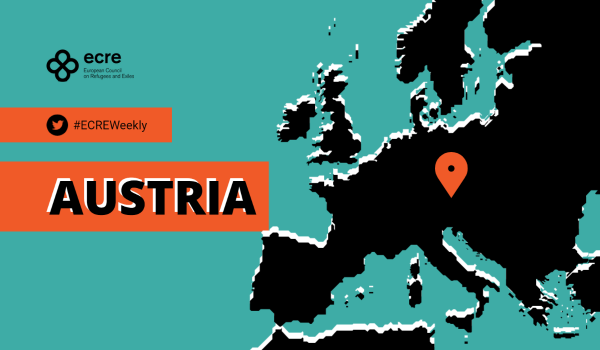 Another judgment from the Styrian Provincial Administrative Court confirms pushback practices in Austria. Austria and Switzerland have agreed to update a bilateral readmission agreement, partly in reaction to European Commission proposals. Austrian government has hosted a conference on regional cooperation on return and repatriation.

On 16 February, the Syrian Provincial Administrative Court issued a ruling which confirmed the unlawfulness of a summary return of a young man from Somalia from southern Styria to Slovenia. The man, Amin, had asked to apply for asylum at a police station. The Court found that: “the rejection of the complainant […] grossly disregarded the de facto prohibition of deportation. (…) The approach taken by the security bodies deprived the complainant of a fundamental right to initiate an asylum procedure and thus receive protection from deportation”. This was the second complaint from a pushback victim to be heard by the court, indicating that this is a systematic practice at the Austrian–Slovenian border. “The renewed court confirmation of the illegal pushback route is either a coldly calculated breach of the law or a systemic management failure,” said Lukas Gahleitner-Gertz from asylkoordination Austria.

During a meeting at the beginning of February, the Austrian and Swiss Minister or Interior discussed the European Commission’s reform proposal for the Schengen Borders Code, the ongoing Pact negotiations as well as their bilateral cooperation on migration. Following the meeting, the updating of the readmission agreement between the Austria and Switzerland was announced. The agreement includes potential joint police patrols. In light of the proposed reform of the Schengen Borders Code, such cooperation would enable summary returns at the Swiss–Austrian border.

On 21 and 22 February, the Austrian government hosted a two-day conference on return and repatriation joined by 23 countries, including from the Western Balkans. Among the topics discussed were a regional return mechanism and the establishment of return agreements in the Western Balkans as well as support of returns from that region and the issue of human smuggling. A week earlier, the Austrian police discovered eight migrants hiding under a truck in extremely dangerous conditions south-east of Vienna, some of them were hypothermic, others had lost consciousness due to exhaust gases. Three men were arrested and one has since confessed to having transported up to 40 migrants to Austria on eight different journeys. Each passenger was made to pay between 15,000 and 16,000 euro for this dangerous crossing.