Working paper: Higher Education in Europe: A Pathway to Protection for Afghans? 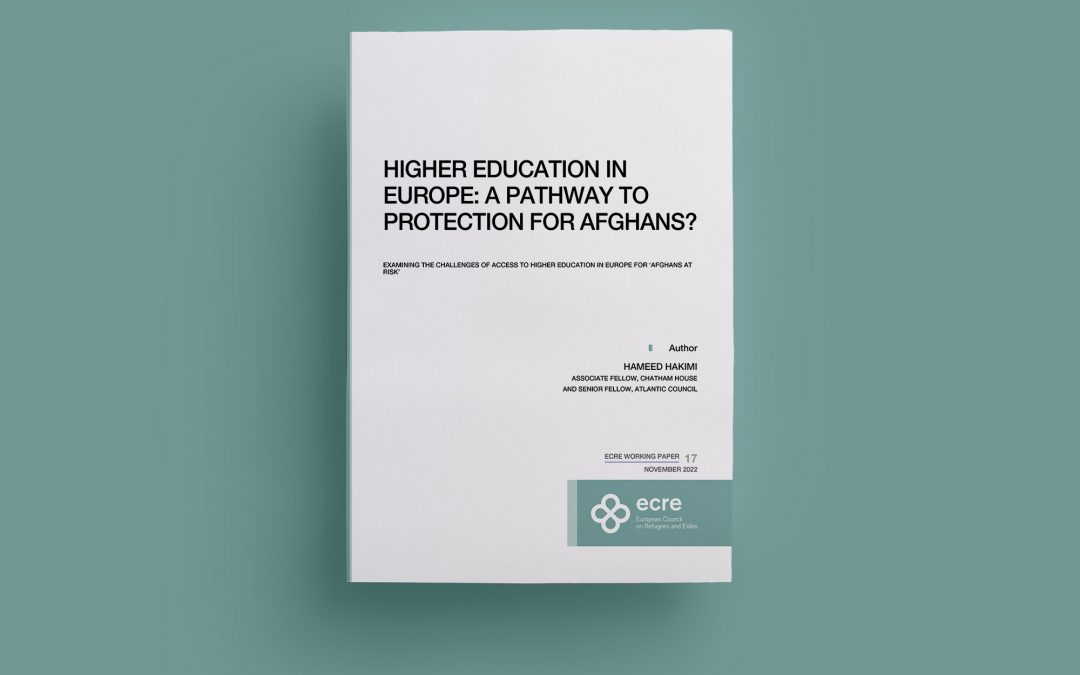 ECRE published this week a Working Paper entitled ‘Higher Education in Europe: A Pathway to Protection for Afghans?’ Written by Hameed Hakimi, who is Associate Fellow at Chatham House and Senior Fellow at the Atlantic Council.

The working paper explores education pathways for Afghans in Europe with a focus primarily on four EU Member States: Germany, France, Sweden and The Netherlands. While initially conceived to address the challenges of relocating to Europe faced by those who are considered to be ‘Afghans at risk’, the findings and analysis are aimed to reflect on the wider context in Afghanistan after the Taliban’s return to power in August 2021. It ends with a set of policy recommendations based on the analysis and evidence gathered for this research.

The working paper finds that since 2001 when a limited number of Afghans have been able to obtain scholarships for higher education abroad, the main aim of such opportunities has been capacity building as opposed to pathways to protection in another country.

The author makes a specific point of analysis regarding the category of Afghans ‘at risk’ and that since the Taliban regime has taken control, vulnerability – in all its forms – has expanded across Afghanistan, threatening both lives and livelihoods of Afghans. The interviews and analysis in the working paper highlight that the offer of protection by European states to Afghans at risk must take a broader view to consider ‘vulnerability’ as a key component of the situation facing Afghans.

The working paper highlights the lack of a central and coherent information hub for prospective Afghan students and scholars at risk as one of the main issues. It is difficult to estimate the total number of Afghans who have benefited from education pathways in Europe since August 2021. It is safe to conclude, however, that the numbers are significantly small vis-à-vis the numbers of evacuees and those resettled in the EU via Afghanistan’s neighbouring countries.

Seeking education as a route to protection is considered a ‘complementary pathway’ that has been recognised under the Global Compact on Refugees. It cannot substitute or compensate for the denial of access to asylum for Afghans in Europe.  The author warns against any over-emphasis again higher education as a pathway to protection as it risks creating an unfair advantage in favour of some Afghans over other Afghans regardless of the levels of risks facing them. For instance, those with existing contacts in Europe and with substantial social and cultural capital (for instance, the ability to confidently communicate with Europeans in the English language) are likely to hold an advantage over those without such means.

The working paper is not intended to be exhaustive research; conducting such a comprehensive study is mainly hindered by the unfolding conditions in Afghanistan but also the evolving nature of European responses. Lack of existing data and challenges of data gathering remain in place.