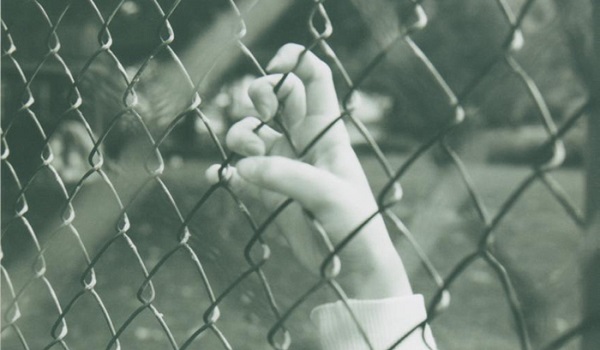 ECRE’s study on the implementation of the Dublin Regulation III, has just been published by the Europpean Parliament Research Service which commissioned it.

Drawing largely on statistics from the Asylum Information Database (AIDA) database, managed by ECRE and fed by national experts from across Europe, and on ongoing Dublin-related litigation, the study uses the European Commission’s own Better Regulation toolbox. The Better Regulation framework is designed to evaluate any piece of Regulation against the criteria of effectiveness, efficiency, relevance, coherence and EU added value.

There are no surprises:

Assessing the data shows that Dublin III is not effective legislation as it does not meet its own objectives of allowing rapid access to the procedure and ending multiple applications. The hierarchy of criteria it lays down is not fully respected. It appears inefficient – financial costs are significant and probably disproportionate. Notable are the large investments in transfers that do not happen and the inefficient sending of different people in different directions. The human costs of the system are considerable – people left in limbo, people forcibly transferred, the use of detention. The relevance and EU added value of the Regulation in its current form should be questioned. The coherence of the Dublin Regulation is weak in three ways: internal coherence is lacking due to the differing interpretations of key articles across the Member States+; coherence with the rest of the asylum acquis is not perfect; and coherence with fundamental rights is weak due to flaws in drafting and implementation.

So far, so already well known.

None of this is news: everybody knows that Dublin is flawed. Indeed, in this week’s hearing at the European Parliament, speaker after speaker stood up to condemn Dublin, including all the Member States present. Even the Member States that drove the Dublin system and whose interests it is supposed to serve (loosely known as the northern Member States), now condemn it openly: it is important to hear Germany argue in a public event that the responsibility sharing rules are unfair and that both trust among states and compliance across the Common European Asylum System is not possible without a fundamental reform of Dublin.

More disturbing is the view from the persons subject to Dublin, with Shaza Alrihawi from the Global Refugee-led Network describing the depression and despair resulting from being left in limbo while EU countries use Dublin to divest themselves of responsibility. One of the main objectives of Dublin is to give rapid access to an asylum procedure but here was yet another case of someone ready to contribute and to move on with their life who was delayed by Dublin. It is no surprise that “to Dublin” has become a verb in many European languages – “dubliner” or “dublinare”, and a noun: “I Dublinati” – in all cases with a strong negative connotation, reflecting the fear that people understandably have of being “dublinated”.

With this picture indicating an unsatisfactory situation, what happens now?

Probably not much. While there is agreement that Dublin III is flawed there is profound disagreement on what should replace it. But the perpetual debate on alternatives to Dublin needs to continue. Dysfunctional legislation which fails the Commission’s own Better Regulation assessment on every score cannot be allowed to sit and fester.

The starting point for reform has to be a fundamental overhaul, tackling the responsibility allocation principles. While the original Dublin IV proposal did not do this, there are multiple alternatives, including the European Parliament’s response to Dublin IV and the Commission’s own alternatives developed but not launched in 2016 and before.

Of course, Dublin IV also had the other flaws, including introducing inadmissibility procedures pre-Dublin and reduction of standards in other ways. Moving forward now means it is necessary to de-link procedural changes and the responsibility-sharing piece.

Unfortunately, the negotiations, especially between the Member States, are currently stuck in a cul-de-sac that focuses on exactly this kind of unwelcome deal. The discussion can be over-simplified as follows: “WE will offer you some ‘solidarity’ – possibly even a reform of Dublin – but only if, in exchange, YOU agree to manage mandatory or expanded border procedures of some description”. These might be expanded use of current optional asylum procedures at the border; it might be other types of rapid procedures or processes to make decisions about people arriving at or transferred to borders. In any case, the effect on the access to asylum and people’s rights will be highly detrimental, as ECRE has described at length. But they also won’t be acceptable to the “you” in this scenario, the Member States at the external borders.

If responsibility allocation is unfair, then it should be reformed in and of itself, not in exchange for something. The cry will then go out that it is not fair because the MS perceived to “benefit” from the reform will get something for nothing. Well no: any reform could – and should – be accompanied with strict insistence on compliance with the rest of the asylum acquis. The well-documented implementation gaps at the levels of reception, registration, decision-making and procedural guarantees should be priority.

Recent remarks by Commissioner Schinas present nothing new and among many uncertainties concerning the fate of the 2016 reforms is whether or not a “package approach” will be maintained by either or both the co-legislators – and whether indeed that is desirable. One bad scenario is that everything is reformed except Dublin. There are provisional inter-institutional agreements on five files, with the Commission suggesting that they move forward. ECRE’s view is that the changes contained in the agreements on these files would reduce protection standards and not add value; other assessments are that protection standards have been improved. Either way, there are strong voices in both the EP and among the MS who don’t want to go ahead without an agreement on Dublin. Which is not wrong – allocation of responsibility is essential in a partially harmonised system: with common legal provisions but without centralised decision-making, responsibility allocation is the gateway to access rights and obligations flowing from the other pieces of legislation. Thus, to pass other reforms without tackling Dublin seems rather pointless.

While certainly not the best option, the best bet (if one had to place money on something) would be that nothing changes for the core legislation of the CEAS. For that reason, ECRE’s study also lists extensive recommendations for rights-based compliance with Dublin III.

For example, effectiveness would be improved through better respect for the hierarchy of responsibility criteria, the letter of the law: prioritise family unity through policy choices, better practice on evidential standards, and greater use of Articles 16 and 17. Minimise the focus on transfers based on take-back requests, especially when they are doomed to fail. To know from the start that a transfer is doomed to fail yet to persist with it is an example of a particularly inhumane political dysfunction. Effectiveness also requires better reporting to deal with the multiple information gaps identified, and clarity on key provisions, including through guidance from the Commission.

Solidarity among Member States could be fostered through use of Article 33 in challenging situations, which allows for preventive actions by the Commission and by Member States, and along with the Temporary Protection Directive, provides better options than some of the new contingency plans under discussion. The use of Article 17, 1 and 2, provides a legal basis for the temporary responsibility-sharing mechanisms which are needed in the absence of deeper reform.

In perhaps the most crucial area, fundamental rights compliance could be significantly improved: avoid coercive transfers; implement CJEU and ECtHR jurisprudence on reasons for suspension of transfers – there is no need to show systemic deficiencies (CK, Jawo); make a policy decision to suspend transfers to the EU countries where conditions are not adequate and human rights violations are commonplace, rather than waiting for the courts to block the transfer. Resources and political attention could focus on the rights currently neglected: the right to family life, the best interests of the child, right to information, alternatives to detention. Evaluating implementation should be done against the Charter of Fundamental Rights and should always include the people directly affected.

Even with flawed legislation, there are decisions on policy and resource allocation to be made that could make for better compliance and, in this case, compliance in a way that generates less suffering.