Weekly Editorial: Asylum in times of Corona – Progress and Concerns 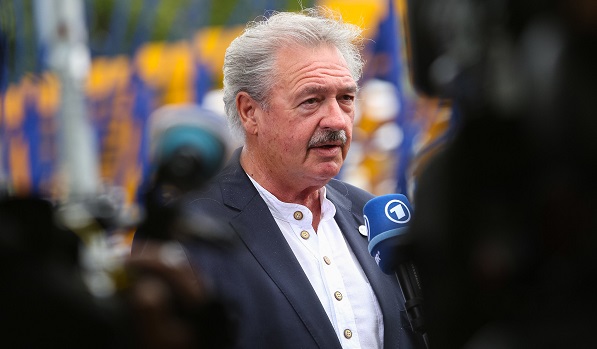 Despite the lockdown across Europe, there is news on the asylum and migration front – and not all of it bad.

First, praise is due to Luxembourg for starting implementation of the plan to relocate unaccompanied children from Greece. Luxembourg’s Foreign Minister, Jean Asselborn, also responsible for asylum and migration, met the children at the airport and deserves particular commendation for ensuring that the relocation took place. He has been a consistent and outspoken voice for a progressive and collective European approach to refugee arrivals.

The transfers are part of a plan to relocate 1,600 unaccompanied children from Greece, which was brokered by the Commission before the Coronavirus emergency hit. Germany is to follow suit with relocations of another 58 children next week.

ECRE strongly welcomes the plan and urges the seven countries who signed up at the start and the four who have since joined, remain part of the agreement and to implement their piece as soon as they can. With over 5,000 unaccompanied children still stuck in Greece, some would argue that there is nothing to celebrate here, however, ECRE’s approach is to welcome any and every relocation, resettlement or other safe and legal transfer of people seeking protection. Every relocation means one more person who is not living through inhumane conditions and forced to rely on smugglers.

If it takes off, the plan can be expanded to include more children and then adults. Of the 39,200 people on the Aegean islands, 33% are children, and a majority of those children are under 12 years old. Of the 5,252 children in Greece who are “unaccompanied”, i.e. on their own with no adult responsible for them, according to the UN 1,600 live in highly precarious and dangerous situations; EKKA, the national centre for social solidarity, reports that 1,061 are homeless or in squats; over 300 more live in police cells. Very few of the 5,000 have any access to education, health services or specialist care. All, including those with “better” accommodation, like the 1,600 in reception centres, are at high risk of exploitation, including physical, sexual, and economic exploitation by the adults around them. They are likely to turn to smugglers to get out, meaning they first have to raise money somehow, and then put themselves in the hands of people who are likely to further exploit them.

5,000 children. In some senses a large number: how can it be that 5000 refugee children are left in this situation in Europe, as a result of Europe’s policies? On the other hand, such a small number, when there are over 30 countries in Europe which could each afford to take in some of these children so that all can be relocated.

The Commission moves in the right direction

Second, cautious encouragement should be given to the European Commission for its guidance in the context of the Coronavirus issued yesterday in which it reiterated that people in need of international protection must be exempted from border restrictions. It further insisted that access to the asylum procedure should continue to the greatest extent possible and that applications for international protection MUST still be registered and processed.

On access to asylum, the new Commission has been strong, and should remain so. It has also played a key role in the relocation plan; this is what it should devote resources to – brokering agreements and then managing relocation to alleviate suffering, to ensure that disembarkation happens, or to mitigate some of the damaging effects of the system. A year ago, the focus was exclusively on trying to “resolve” the situation in Greece by fully implementing the EU-Turkey deal, returning people to Turkey, and replicating the deal elsewhere. If the Commission changes its political focus, funding and operational support also switches.

Access to territory is an integral part of access to asylum and pressure must be increased on Member States who were already at fault, and now attempt to use the emergency to further limit access at borders. Greece uses the Coronavirus crisis as an excuse for measures that pre-date it, including suspension of acceptance of asylum applications (now until 15 May) and violent prevention of access at the border. Italy’s decision to close ports is wrong and has inevitably provoked a panicked response in Malta, in the usual ping-pong between the two. Civil society in Malta is vigorously campaigning to reopen the ports there, but the government looks intransigent. The importance of relocation arrangements in the context of Search and Rescue is again confirmed.

Has a deal been done?

This then takes us to the third piece of news, which evokes a mixed response. Politico reports on a letter from the four biggest Member States, Germany, France, Italy and Spain, containing plans for the future of asylum policy in Europe. The letter is interesting in what it reveals about the forthcoming Pact on Asylum and Migration and related measures. Drawing on a proposal Made in the Netherlands, France and Germany have been pushing aggressively for legislation on a (near) mandatory border procedure as part of the Pact. In exchange, they were offering some revision of the rules on allocation of responsibility for asylum applications. Negotiations in the last six months seek a deal balancing these two elements. Particularly from Germany, there was support for a wholesale reform of Dublin. For most other northern Member States, they wanted a deal where basic allocation principles remained the same, as per Dublin, but would be supplemented by “solidarity” in the form of semi-permanent relocation mechanisms.

The proposals initially gained little traction in the south, where implementation of massively expanded border procedure in exchange for some small number relocations still doesn’t look like a good deal. What to make, then, of this joint plan that includes the two key southern players, Italy and Spain?

Primarily, the balance between the two elements has shifted which has allowed these countries to get on board – the responsibility allocation proposal is stronger and the border procedure element is weaker. On the former, the document refers to “a binding mechanism for fair distribution according to specific criteria”. On the latter, you can almost see the track changes in the letter, which now reads “_Procedures, at external borders” presumably edited from the original “Border Procedure”. The section then refers to “mandatory pre-screening”, thus introducing enough ambiguity to get support.

As ECRE has argued, the devil is in the detail, and it is impossible to comment until a proposal revealing the details of the screening process is presented. What is the nature and purpose of the “pre-screening”? To whom will it apply, what safeguards, such as access to legal assistance and remedies, will be in place? How does it relate to the regular procedure? A worrying sign is a new element: an “extended catalogue of clauses for declaring the inadmission of applications” to be introduced, echoing one controversial and unacceptable component of the 2016 reform proposals.

To further assuage the south, the letter also contains a Search and Rescue Solidarity Mechanism, without further detail. ECRE strongly supports a continuation, expansion and formalisation of existing arrangements for disembarkation and relocation as a measure to reduce death and harm in the Mediterranean, so this could positive. Less so, the final element, referring to unspecified measures to combat secondary movement, the ongoing obsession of some northern Member States, and perhaps included to gain wider support in the region.

The letter indicates that a tentative agreement among north and south has been reached, which means that a Pact and related measures could fly. There is also an attempt to appeal to the V4 Member States with the suggestion that there will be a range of “solidarity” options, a throwback to the “flexible solidarity” idea mooted by the Slovakian Presidency. In any case, the negotiations already showed that all the obstructionist countries in Central East Europe could be persuaded to back a plan so long as they didn’t actually have to accept any people, and so long as they were not really punished for flagrant violations of EU law.

Any agreement can of course unravel, particularly when legislative proposals are on the table and their implications assessed. But for now, a draft Pact is circulating, with rumours that it is with the relevant Commissioners’ Cabinets for input, and it presumably contains some version of this deal, probably accompanied by legislation.

ECRE continues to urge that the Pact focus on compliance with existing law on most elements of the CEAS, and particularly addressing key implementation gaps on reception, decision-making, registration, and the use of procedural guarantees. For the allocation system, deeper reform, rather than the “corrective mechanism” of Dublin IV remains essential. And the Pact should then focus on safe and legal channels and routes to legal status. While the Commission’s emphasis on access to asylum is welcome, recent interviews indicate a Pact with disproportionate focus on return and outsourcing to third countries.

Beyond the Pact, scanning the news shows that after the lockdown two tasks will become crucial: rolling back unjustifiable restrictive measures, such as limiting access to asylum procedures and movement restrictions, and consolidating some of the more surprising positive measures, such as the easing of detention regimes, regularisation, and expanded access to work.