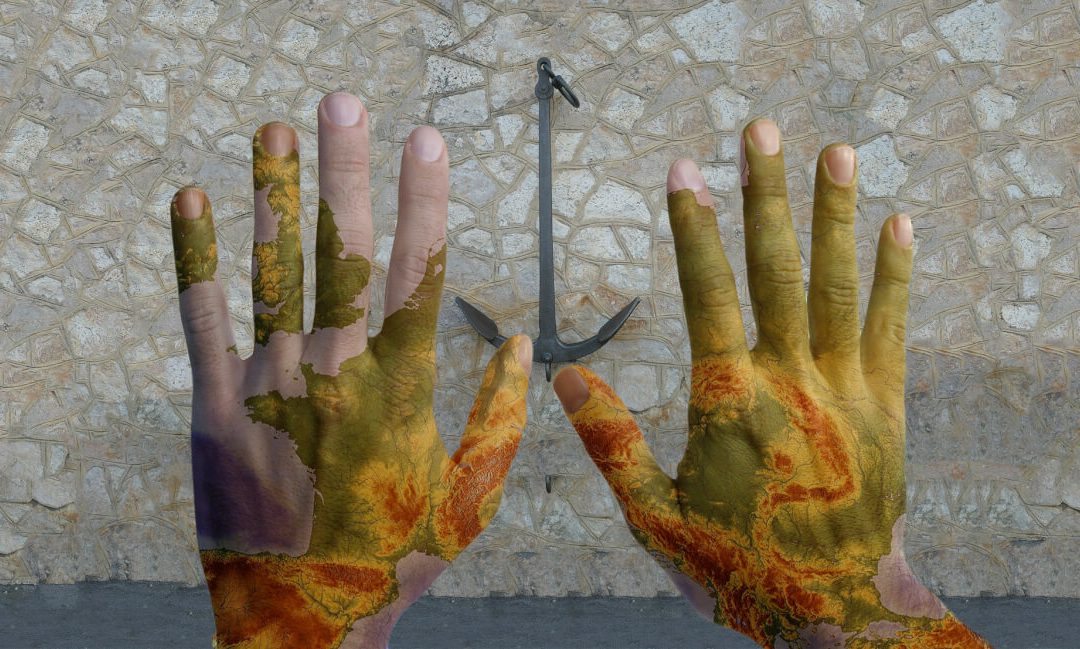 Now in place, the new Commission needs to decide how it will approach asylum and migration – and whether it will embark on a new path, as urged by ECRE. The two Commissioners in charge, Margaritis Schinas and Ylva Johansson have both made strong and welcome speeches about doing things differently, about the need to change the narrative and the framing of asylum and migration in Europe.

They have an opportunity to signal a change in direction with the new Asylum and Migration Pact and the choices they make as to its process, status and content. The Pact could be used to realise the right to asylum in Europe and lay the groundwork for a rational, self-interested migration policy. Alternatively, if some of the rumours are to be believed, it may represent a consolidation of the old approach, simply repeating and reframing the same old damaging policies of keeping people out, regardless of the cost and consequences. In particular, the relationship between the Pact and the potential proposal for a new legal instrument, the “Border Instrument”, needs to be scrutinized.

It seems that the Pact will be prepared quickly which has the benefit of avoiding endless circular and often toxic discussions.  On the other hand, a rushed process is likely to be dominated by DG Home, the JHA Council and the Member States’ Interior Ministries because these are the main interlocutors for the Commissioners. This will lead to a skewed process and a distorted Pact that does not address asylum and migration in the necessary broader way. These political constituencies remain firmly committed to the existing agenda – deter, externalize and prevent arrivals (including of refugees). Instead, consultation should cover all relevant ministries, implementing agencies, and civil society broadly understood, in particular refugees and migrants themselves, and not just NGOs but also businesses, unions and academics.

The status: a political commitment

The Pact is likely to be in the form of the Communication making it a political document. The question is then how it relates to the EU’s legal framework on asylum and migration. One of the more concerning theories at present is that the Pact will lay the groundwork for the introduction of the Border Instrument, which will then be negotiated and even agreed during the German Presidency in the latter half of 2020.

The Border Instrument, if it comes, would be a new legal instrument that draws the worst elements from some of the legislative proposals on the table, specifically the Asylum Procedures Regulation, Dublin IV and the recast Return Directive. In particular, it would introduce mandatory border procedures to be applied to all people arriving in the EU to seek protection, perhaps with safe third country and first country of asylum concepts making a comeback. These procedures would be truncated, probably not respecting individual guarantees, and probably not ensuring clear exemption of vulnerable persons. The model is likely to entail de facto detention for everyone, in detention centres at the border, and a supposedly rapid return process.

The idea has been promoted by a few Member States over the last two years and also featured in Member States’ discussions on the APR; a version of it is contained in the Return Directive recast. Alarm bells have been ringing with the circulation of “Food for Thought” paper from Germany’s Interior Ministry, which might indicate German support for the idea.

Buying off the Borderlands?

There has been strong opposition to the idea from countries at the borders, on the basis that it would involve them managing large-scale detention centres and create multiple additional responsibilities for them, including expecting them to manage additional procedures. The recent forms of the proposal offer them a deal: additional solidarity measures will also be introduced and in exchange they should accept the mandatory use of border procedures.

The German non-paper even acknowledges that Dublin, the current system for allocation of responsibility, is unfair – which is a positive breakthrough in itself. However, reforms are important in and of themselves. The deal on the table is a bad one and should be rejected by the border countries – a small and probably non-mandatory amount of “solidarity” in exchange for being the site of large-scale prisons for people on the move doesn’t really add up.

For refugees arriving in Europe, the model is clearly a disaster; it is simply a scaling up the hotspot/Greek Island situation. Anticipating this plan as the next fake “solution” to Europe’s supposed problem, ECRE set out its critique six months ago, in its Policy Note “Border Procedures: Not a Panacea”, which concludes that “border procedures are not conducive to a fair and effective examination of international protection claims”, highlighting fundamental rights AND efficiency concerns, as well as showing that increasing or mandatory use of border procedures is based on “unsubstantiated assumptions about their feasibility”.

The Pact as a positive alternative to the Border Instrument

Instead of serving as vehicle for a dirty deal among the Member States, as to allow the Border Instrument to go through, the Pact should be an alternative to it.

The Pact should focus on making asylum work in Europe. This means compliance with existing asylum law, not reform (with the exception of Dublin). ECRE has identified five key implementation gaps: inadequate reception provision; barriers to registration; lack of special procedural guarantees; the “asylum lottery” resulting from poor decision-making; and harmful and inefficient use of Dublin. Let the focus be on addressing these challenges. The 2016 proposals should be withdrawn, which looks likely. But why then replace them with more unnecessary proposals that will reduce protection standards and also won’t generate consensus? Compliance will not be enhanced by creating more law.

On Dublin, a meaningful reform process should start and the Pact could provide the framework. Dublin IV did not address the key flaw of Dublin, the first country of arrival default, so is not a good basis for a discussion, but there are hundreds of “alternatives to Dublin” proposals on the table. In the meantime, the amount of discretion available to Member States in Dublin III means they can make political choices to implement the Regulation in a humane and rights-based way, while minimising the burden on countries at borders: prioritise family reunification, limit transfer requests (most of which fail anyway), use the sovereignty and humanitarian clauses in the interests of refugees and to promote solidarity. Other short-term measures can be put in place to deal with the damaging impact of the system, such as relocation and provision of support in line with the needs of people arriving and the countries they reach.

With a focus on core asylum policy, the Pact should then contain important flanking measures to support asylum systems: a massive increase in safe and legal channels for asylum and non-asylum migration; and a strong focus on inclusion through rights, respect and regularisation. Rather than tests to prove adherence to fast disappearing European values, ensuring that the rights of third country nationals are respected would contribute to inclusion. Key rights where the EU could play a role include the right to work (and tackling of labour market exploitation), and the right to housing for all, as situations of destitution while generating shameful suffering are also a major contributor to public fear.

The Pact could then describe how EU funding, European Commission resources, and the support of EU agencies can be deployed to support a positive vision of asylum in Europe. For example, the Commission focused on guidance on tackling implementation gaps and infringement proceedings where needed; the new EUAA based on the 2017 agreement monitoring and supporting compliance in the Member States, as well as helping build capacity in national asylum systems, rather than on implementing the EU-Turkey Deal, managing controlled centres or other negative scenarios.

Keep in your lane

What the Pact shouldn’t contain however is external cooperation. Asylum policy is unique among policy areas in that policy-makers always look to other policy areas to make it work –foreign policy, development policy, security policy, return policy. The first step in making asylum policy work is to analysis what is wrong with asylum policy and try to fix it. Similarly, if you want to improve trade policy, you analyse trade policy, identify the problems and try to resolve them; you wouldn’t immediately look at other policies or indeed other countries of the world for solutions.

As in other policy areas, for asylum, the problems are a combination of poor implementation, lack of resources, and bad law creating dysfunction (Dublin). That the Commission, judging by Von der Leyen’s plans and the speeches of the Commissioners, is emphasising external non-solutions is a key weakness. Why would a Pact for Asylum and Migration in Europe focus on external affairs? Why are policy-makers with internal affairs remits so obsessed with capturing external policy? There is enough to be done in making asylum work in Europe. The only likely outcome here is to continue to undermine EU external policies at a time when the EU is yet again trying to establish itself as a serious global or “geopolitical” player.

The other trap to avoid is the myth that making asylum policy function requires return to increase. First, most of the implementation gaps in asylum policy have nothing to do with return. Second, the reasons for low return rates are multiple and complex, and often to do with countries of origin being unsafe or unwilling to accept back their nationals, or simply focused on other priorities. Low return rates are not primarily about the risk of people absconding and will thus not be changed by large-scale detention at the borders. One of the favoured phrases of outgoing Commissioners was that asylum systems are “clogged up” with the undeserving but this theory misrepresents the complexity of the situations that people leave and the legal cases that result. The high levels of forced displacement mean that many of those arriving do have protection needs.

This is not a trade-off – European states will “generously” continue to offer protection (i.e. meet their obligations under EU and international law) and in exchange mass deportations must occur. Return is one piece of asylum and migration policy – it is not the solution to everything. It already benefits from hugely disproportionate resources and attention. A similar false trade off exists with borders – if Europe wants to offer protection, it must accept that refugees often need to cross borders to reach safety. And that this not a security threat.

Thus, the test of whether this Commission really wants to do things differently is already underway. Will it run an open process and develop a Pact bases on making asylum work, compliance with existing standards, and unconditional reform of responsibility sharing, with short and long term solidarity measures? Or will the Pact be the basis for yet another attempt to legislate to keep people out, at a time when many arriving are in need of protection?