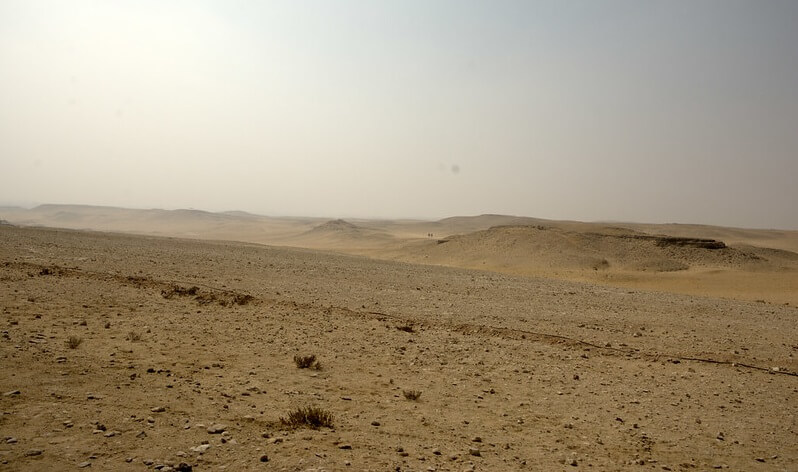 The UN Refugee Agency (UNHCR) warns that migrants are even more likely to lose their life on the land routes in Africa attempting to reach the Mediterranean than attempting to cross it. Yet alternatives remain limited. In Libya hundreds of vulnerable people were sleeping rough outside the Gathering and Departure Facility (GDF) in Tripoli as according to UNHCR the transit centre is already overcrowded and there is a lack of available resettlement places globally.

While the actual number is impossible to establish the International Organization for Migration (IOM) confirmed in September that more than 7,400 people have been recorded dead on African soil since 2014 on route to Europe or the Arabian Peninsula. Causes of death include “starvation, dehydration, exposure to harsh weather conditions, vehicle accidents and violence at the hands of smugglers”. According to IOM 19,000 people are estimated to have lost their life in the same period attempting to cross the Mediterranean but also there given insecure statistics the actual number could be significantly higher.

In Libya, hundreds of people, the majority released from the Abu Salim detention centre located at the frontline of the raging armed conflict in Tripoli gathered outside the GDF. According to UNHCR “with the hope to be hosted and resettled from there to third countries”. However, the agency states that: “The deteriorating living conditions at the GDF, where the infrastructure and services are stretched thin, make it impossible to take more people in, even the very vulnerable refugees currently detained that UNHCR has already identified as in urgent need of evacuation or resettlement.”

2,300 people have transited through the GDF in Tripoli since it opened in December 2018 as a transit facility for vulnerable refugees to be resettled, reunified with family, returned to their home country or a country of previous asylum. However, with just 55,000 resettlement places available globally and 45,000 refugees and asylum seekers just in Libya, according to UNHCR “it cannot be the only solution to the plight” and the agency urges “the Libyan authorities and the international community to work together and find long term solutions to this dire humanitarian situation”.